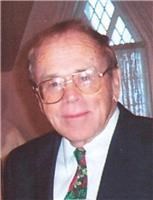 He graduated from Bear River High School and attended Weber State College. He was employed at Defense Depot Ogden, Tooele Army Depot, and after retirement he maintained the gas turbine power grid at the Canyon Crest Condominiums in Emigration Canyon. As an airplane pilot, he worked as an instructor and flew for two corporations.

He was a faithful member of The Church of Jesus Christ of Latter-day Saints, holding numerous positions, including serving as a counselor to three different bishops, ward clerk, financial clerk, high priest group leader, Aaronic Priesthood Advisor, Scout leader and served on the High Council. The last part of his life he devoted to family history. He and Marilyn were on the ward's sealing team and got much personal satisfaction from this.

For many years he owned and maintained income rental property both in Salt Lake and Ogden. It was a well-known fact among those that knew him that Les could fix anything. If he was unable to get a part to fix something he would construct the part. He was a very talented "fix-it" man.

He and Marilyn lived a charmed, rich life, traveling to many parts of the World. They also traveled across the country in their private plane on many occasions. He was very active and loved sports, especially water skiing, fishing, ATVing, snow skiing and hunting.

Les is survived by his wife, Marilyn; children, Leslie Elaine, LaShelle (Alan) Kerby, Brent Lloyd Smith; nine grandchildren, and 27 great-grandchildren. He was preceded in death by his parents, James and Rebecca Smith; four brothers and one sister.

The family would like to express gratitude for the loving care given by the Visiting Angels of Hospice especially Jacinta, Crystal, Sophia, and Mary Grace.