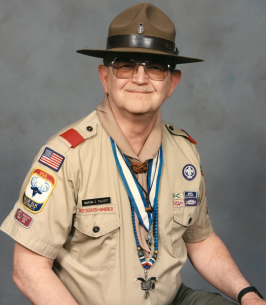 ABOUT
William Chrisman High School
FUNERAL HOME
Speaks Suburban Chapel
18020 E. 39th St. S
Independence, MO
Marvin Cecil Talcott, 92, died at Centerpoint Hospital, November 19, 2021. He was born in Weston. Nebraska, November 20,1928 of goodly parents, Charles Cecil Talcott, and Bernice Leone Jackson Talcott.
Marvin graduated from William Chrisman High School and attended Graceland University. Following his graduation from Graceland University, Marvin served in the U. S. Army Corps of Engineers during the Korean War.
Marvin married Arloe Joye Baughman June 6, 1954. They had 67 wonderful years together. Daughter, Tamara, was born in 1965 and son, Todd, was born in 1967.
Marvin held the office of Priest in the Reorganized Church of Jesus Christ of Latter Day Saints. He was a member of the New Hope Congregation.
Marvin was an avid photographer and for a number of years developed his own film. He loved to sing and was a member of the Messiah Choir for many years.
Marvin was introduced to Scouting in 1940 and he quickly developed a great interest in this program for young boys that enabled them to grow and develop into worthwhile citizens and men. He was devoted to Scouting and considered his work in Scouting a greater part of his ministry.
Marvin was involved in Scouting for over 60 years. He was a member of Stone Church Troop 223. He was a member of Mic-O-Say and held the position of Medicine Man. He received his God and Country Award in 1945 and achieved his Eagle Award in 1946. He was a member of Alpha Phi Omega. He was Assistant Scout Master from 1961-1970 and Scout Master from 1970-1984 for Troop 223. He received the Scouter's Training Award, Wood Badge Scouter's Award, Scouter's Key, District Award of Merit and received the Silver Beaver in 1988. He served on various committees' for Scouting district activities and was Round Up Event Director for Troop 223 for several years. He served as RLDS Church Commissioner of Scouting and received the RLDS World Community International Youth Service Award in 1994. Many summers were spent at the H. Roe Bartle Scout Reservation in Osceola, Missouri, and Marvin was privileged to spend five summers of 10-day camping sessions at the Philmont Scout Reservation in Cimarron, New Mexico.
After Marvin retired from Enterprise Engravers, he became an avid bird watcher. With binoculars in hand, he would survey the yard and meadow behind their home. He set out bird feeders and hummingbird feeders. It was a wonderful pastime for him. He had a passion for reading and was a regular at the North Independence Branch of the Mid-Continent Public Library. Marvin also loved to walk his Siberian Husky in the park near their home.
In addition to his parents, Marvin was preceded in death by his brother, Carlin Lon Talcott. He is survived by his wife, Arloe (Baughman) Talcott; daughter, Tamara Ann Sutherland and husband, Marcus; son, Todd Andrew Talcott and wife, Carla. He also leaves beloved nieces and nephews and many dear friends.
Service will be held at New Hope RLDS Church, 220 West Moore, Independence, MO, Saturday, December 4th, 2021 at 1:30 p.m. There will not be a visitation, but the family will receive friends after the service. Burial is by cremation.
In Marvin's memory, the family suggests contributions to be made to Independence Animal Services, 21001 MO-78, Independence, MO 64057. Online condolences may be expressed to the family at www.speakschapel.com (Arrangements: Speaks Suburban Chapel (816) 373-3600).
Published by Speaks Suburban Chapel on Nov. 21, 2021.
To plant trees in memory, please visit the Sympathy Store.
MEMORIAL EVENTS
To offer your sympathy during this difficult time, you can now have memorial trees planted in a National Forest in memory of your loved one.
Funeral services provided by:
Speaks Suburban Chapel
MEMORIES & CONDOLENCES
0 Entries
Be the first to post a memory or condolences.