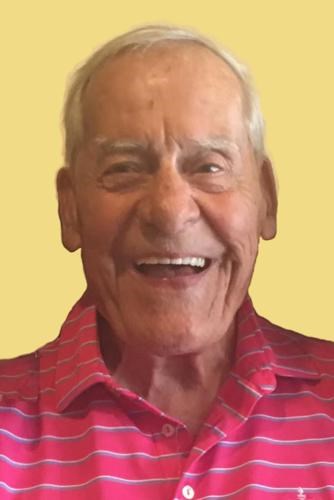 ABOUT
Arsenal Technical High SchoolCathedral High School
FUNERAL HOME
ARN Funeral and Cremation Services - Zionsville
11411 N Michigan Road
Zionsville, IN
Michael Joseph Corcoran, 83, of Indianapolis, died Nov. 10, 2021, at Hooverwood Living after a brief hospitalization. Corcoran, a graduate of Cathedral High School and Marian College, taught business law and U.S. history and government at Scecina Memorial and Crispus Attucks high schools from the early 1960s through the mid-1970s. He coached high school football, basketball, and golf. One highlight of his time at Scecina was hosting a visit to the school by Bobby and Ethel Kennedy.
In the first election after the creation of Unigov, a form of consolidated government in Indianapolis-Marion County, Corcoran ran as a Democrat for Indianapolis City-County Council in 1971 on the far northeast side. Scores of Scecina students worked on the campaign as fundraisers, canvassers, and poll workers. Some later went on to careers in politics or public service. In 1990, he ran a Democratic campaign for the Washington Township Advisory Board. He lost both campaigns.
Corcoran worked for the Bureau of Motor Vehicles in the central office and as a branch manager, the Center Township Assessor's Office, the Salvation Army, and the Indianapolis bus company Metro. He counseled students at Arsenal Technical High School through a federal job training program. Many of his former students remained in contact.
Among Corcoran's proudest accomplishments was achieving more than 47 years of sobriety through his involvement in Alcoholics Anonymous, where he often gave "leads," or the talks at open meetings about his life and recovery from addiction. He also participated in Narcotics Anonymous.
A lifelong Indianapolis resident who proudly traced his Irish heritage in the city back to the 1840s, Corcoran was a member of Holy Cross, Little Flower, St. Simon the Apostle, and the Cathedral of Ss. Peter and Paul Catholic parishes. He was a third-generation member of the Ancient Order of Hibernians, the oldest Catholic lay organization in the United States. He attended Indiana University's School of Law and St. Meinrad Seminary while figuring out his path.
He enjoyed journaling, sitting on a special bench at Holliday Park, spiritual reflection in nature, and calling on people he knew.
Corcoran was preceded in death by his mother, Catherine E. (Mitchell) Kendall; his father, Ned E. (Whelan) Corcoran; his stepfather, Orville W. Kendall; and his sister, Rita J. Kohn, and brother, Thomas W. Corcoran. Corcoran is survived by his wife of 28 years, Lucia Corcoran; his sister, Sheila A. Corcoran, Riverside, Calif.; and his children, Kevin M. Corcoran (Trisha), Indianapolis; Erin J. (Corcoran) Borth, Fishers; Shannan E. Bowman (William), Indianapolis, daughters Theresa and Rebeccah; a dozen or so grandchildren and a great-grandson.
Memorial donations may be made to the Central Indiana Area of Narcotics Anonymous, Indianapolis Intergroup Alcoholics Anonymous, the Missionaries of Charity, and Miracle Place in Indianapolis. The family will serve pizza from 4 p.m. to 8 p.m. EST Tuesday, Nov. 23, for his friends and their friends at The Irving Theater, 5505 E. Washington St., Indianapolis. Please come and share stories. The funeral will be 11 a.m. EST Wednesday, Nov. 24, with calling an hour beforehand, at Saints Peter & Paul Cathedral, 1347 N. Meridian St. A private interment will take place later.
To send flowers to the family or plant a tree in memory of Michael Joseph Corcoran, please visit our floral store.
Published by ARN Funeral and Cremation Services - Zionsville on Nov. 13, 2021.
To plant trees in memory, please visit the Sympathy Store.
MEMORIAL EVENTS
Nov
24
Visitation
10:00a.m. - 11:00a.m.
Saints Peter and Paul Cathedral
1347 N. Meridian, Indianapolis, IN
Nov
24
Funeral service
11:00a.m. - 12:00p.m.
Saints Peter and Paul Cathedral
1347 N. Meridian, Indianapolis, IN
Funeral services provided by:
ARN Funeral and Cremation Services - Zionsville
MEMORIES & CONDOLENCES
1 Entry
Kevin - I´m sorry for your/our loss. Thank you for writing the most honest, "raw", candid, frank and soul baring obituaries that I have ever read. It´s a great tribute to your dad. I´m sure that he would be proud of it! I am grateful that I got to see him at our Scecina 50th Class Reunion in 2016. I also got to sit with him recently at a Celebration of Life for a Scecina classmate Viet Nam Veteran in New Palestine. Unfortunately, I cannot be with you on Tuesday, but what a great venue to celebrate his life! I wonder if your dad will wear his "Wing Tips" and shoot many "holes in ones" up in heaven? :) May God bless and strengthen you all. God´s speed, Mr. Corcoran!
Leo Meyer
November 19, 2021
Showing 1 - 1 of 1 results