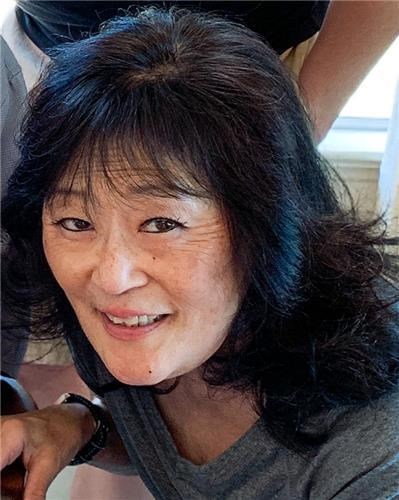 BORN
1950
DIED
2021
ABOUT
Cleveland High School
FUNERAL HOME
Bonney-Watson
16445 International Boulevard
SeaTac, WA
Michelene "Mikki" Anne Nakashima passed away peacefully at Virginia Mason Medical Center on Monday October 18, 2021 with her loving son Drew and husband Alvin right by her side. She was a loving mother, wife, sister, aunt and friend. She was preceded in death by her mother Ruth Kimiko Yamamoto and father Makoto M Koda.

Mikki grew up on Beacon Hill and graduated from Cleveland High School in 1969. She attended cosmetology school and went to work for Gene Juarez Salon and then later at the Bocz Salon for many years before her eventual retirement. She was a hair stylist and color specialist. She even colored the hair and beard of Kris Kristoffersen during a film shoot in Seattle for the movie "Trouble in Mind".

Later she married Daniel Nakashima and was blessed with her son Drew, born in 1987. After the divorce was finalized, while working at the Bocz Salon she began another life journey by marrying her long time friend and client, Alvin Mark in 1999.

Mikki was an avid dog lover that religiously watched the Westminister Dog Show annually. She loved crime shows and action movies, especially movies that starred The Rock, Donnie Yen or Keanu Reeves. Surprisingly she was a huge figure skating fanatic as well watching the competition closely. In her down time she enjoyed cooking and trying out new recipes from the Food Network. Family was always important to Mikki as she always wanted to get the best card and gift so she could make the occasion a special and memorable one. She was vibrant, had a great sense of humor, and a zest for life. But most of all she was kind, generous, and always had a welcoming heart. She is survived by her son Drew, husband Alvin, step son Tony, daughters in law Daphne and Mary, sister Stacey, brother in law Tsuyoshi, niece Yui, and step father Hiro.
Published by Bonney-Watson from Oct. 27 to Oct. 28, 2021.
To plant trees in memory, please visit the Sympathy Store.
MEMORIAL EVENTS
To offer your sympathy during this difficult time, you can now have memorial trees planted in a National Forest in memory of your loved one.
Funeral services provided by:
Bonney-Watson
MEMORIES & CONDOLENCES
Sponsored by Bonney-Watson.
0 Entries
Be the first to post a memory or condolences.