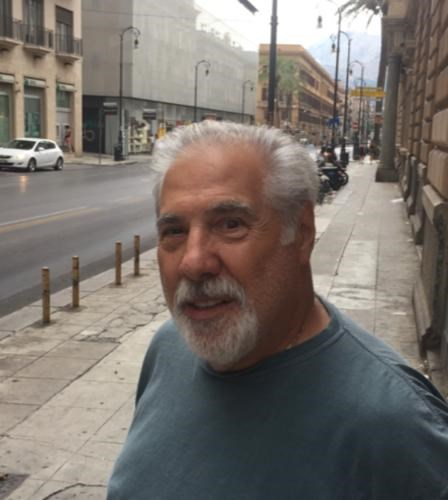 ABOUT
Rondout Valley High School
FUNERAL HOME
Humiston Funeral Home, Inc.
30 42nd St
Kerhonkson, NY
Paul Joseph Traficanti, loving husband of Judith (Judy) Phelan Traficanti and father of three sons, Bryan, Michael and Paul James, passed away on Friday, the 24th of September, 2021, at the age of 75.
Paul was born on March 19, 1946 in Queens, New York, to the late Joseph J. Traficanti Sr. and Mary Verdi Traficanti. At a very young age, beginning in 1952, he spent the majority of his formative years in Accord, a small rural hamlet in upstate, New York. He attended Rondout Valley High School and latter attained an associate degree from the Ulster County Community College and a Bachelor of Arts degree in psychology from SUNY New Paltz.
Following a tradition inherited from his mother Mary and his grandmother "Nana Rose", he developed an enduring passion for eating and preparing wholesome and delicious food, especially Italian dishes. This led him to his lifelong career as a chef extraordinaire. He began that profession in a small-town restaurant in Rosendale NY, where he was tutored by several "old masters" from Italy –the kind of hands-on training unavailable in formal curricula. This background was enriched by others from the "old school" of culinary arts at the celebrated Salvucci's Restaurant in West Hurley, NY, where he served as one of the primary chefs for 19 years. Subsequently, along with his sister, Rita Byde, and her husband Ed, Paul opened Traficanti's Hillside Restaurant in Accord NY, until their retirement in 2004. Here he worked not only as the main chef to the restaurant, but also arranged the purchasing and much of the preparation to assure that every dish was nutritious and wholesome as well as being attractively presented.
In a short break from his chosen vocation of chef, Paul served as a supervising counselor at the Saint Cabrini Home, a non-profit organization in West Park, NY, serving youth with emotional or family difficulties. In this avocation he was able to utilize his psychology degree, to the maximum, in a very challenging environment. Here, as always, Paul displayed his characteristically caring, empathetic compassion and generosity in assisting needy youth in their hopeful transition to normal and productive lives. His exterior facade belied a very soft, compassionate, and loving spirit –always quick to smile. Paul was known by all to be ready to help others, be they family, friends or strangers at any time, day or night.
In the years following his career, Paul enjoyed a fulfilling retirement; tending to his beloved property often with his canine companion Suki by his side. He was an avid gardener, and had a great appreciation for the wildlife and natural beauty of his surroundings. Paul developed a fondness for Italian Opera in his later years, and you'd often hear the robust music echoing from his room - unless of course, the Mets were playing.
Paul Joseph Traficanti is predeceased by his Father Joseph J Traficanti Sr. and his mother Mary Verdi Traficanti. He is survived by his loving wife Judith (Judy) Phelan Traficanti and his three sons; Bryan Traficanti, Michael Traficanti, and Paul James Traficanti; his two grandsons, Hails Traficanti and Hastings Traficanti; his brother Joseph J Traficanti Jr., his sister Rita Byde and a number of cousins, nieces and nephews.
A private ceremony will be held for Paul's family. Condolences from friends and the community are welcome and can be posted on the Humiston Funeral Home website or on the Facebook Obituary post for Paul.
In lieu of flowers, memorial contributions in Paul's memory can be made to the Memorial Sloan Kettering Cancer Center (mskcc.org).
To plant memorial trees or send flowers to the family in memory of Paul Traficanti, please visit our flower store.
Published by Humiston Funeral Home, Inc. on Oct. 18, 2021.
To plant trees in memory, please visit the Sympathy Store.
MEMORIAL EVENTS
To offer your sympathy during this difficult time, you can now have memorial trees planted in a National Forest in memory of your loved one.
Funeral services provided by:
Humiston Funeral Home, Inc.
MEMORIES & CONDOLENCES
0 Entries
Be the first to post a memory or condolences.