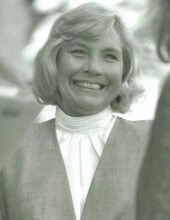 ABOUT
Southport High School
FUNERAL HOME
Indiana Funeral Care - Indianapolis
8151 Allisonville Road
Indianapolis, IN
Phyllis Lea Kenworthy, 74, formally of Bloomington, Indiana passed away on September 16, 2021 in Indianapolis, Indiana after a long and heroic struggle with Multiple Systems Atrophy and Dementia. Phyllis was born on January 27, 1947 to the late Adolph and Gertrude Schramm and is survived by her brother Warren Schramm of New Palestine, Indiana, her sister Jeanne Ray of Indianapolis, Indiana and nieces Pastor Gretchen Enoch of Fergus Falls Minnesota, Amy Schramm of Indianapolis, Indiana and Elizabeth Schramm of Urbandale, Iowa She grew up in Indianapolis, attended St. Pauls Lutheran School and was confirmed in the St Pauls Lutheran Church in 1961. She graduated from Southport High School at the top of her class in 1965, earned an Associate of Science Degree from the Indiana University School of Dentistry in 1970, followed by a Bachelor of Arts Degree from Indiana University in 1977 and was a member of Tri Kappa, She then went on to earn a JD from the Indiana University School of Law in 1981.
Phyllis married Dr. Tony Kenworthy in 1970 and began her career working as a Dental Hygienist with her husband in his dental practice while continuing her academic studies. After being admitted to the Indiana State Bar in 1981 she entered into private law practice until 1987 when she was appointed by then Gov. Robert Orr as the first female Monroe County Indiana Superior Court Judge. In 1991 she became a much admired mentor to her students as an Adjunct Professor at the Indiana University School of Law and a faculty member of the National Judicial College
Phyllis loved to discover new places and often went on road trips with her cherished sister Jeanne and niece Gretchen around Indiana, the UP Michigan and Maine/Nova Scotia. She also loved vacationing often with her sister Jeanne and her husband Gary along with other friends to Lake Tahoe, many of the Caribbean Islands, Central America, Mexico and Spain.
All of her life Phyllis loved all animals but her most recent rescue cats were at the top of the list as her everyday loyal companions. She would always go out of her way to help and comfort any animal in distress or need anywhere she encountered them.
Phyllis was a wonderful loving sister, aunt, sister in law and devoted friend to all who knew her.
.
Memorial contributions are requested to be made to:
Best Friends Animal Sanctuary
5001 Angel Canyon Road
Kanab, UT 84741
435-644-2001
https://bestfriends.org/
Published by Indiana Funeral Care - Indianapolis on Sep. 27, 2021.
To plant trees in memory, please visit the Sympathy Store.
MEMORIAL EVENTS
To offer your sympathy during this difficult time, you can now have memorial trees planted in a National Forest in memory of your loved one.
Funeral services provided by:
Indiana Funeral Care - Indianapolis
MEMORIES & CONDOLENCES
0 Entries
Be the first to post a memory or condolences.