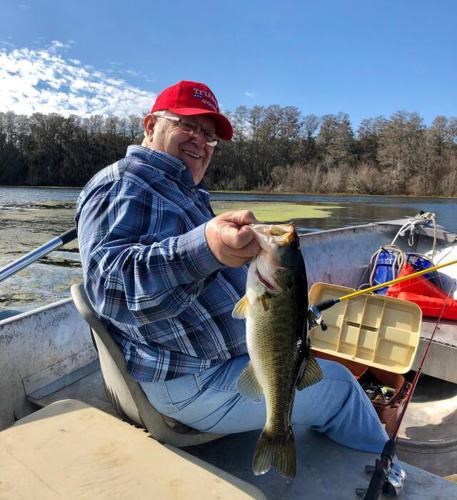 Richard Lee McIntosh passed on to Glory on September 2, 2021, at the age of 79. He was born on May 7, 1942 to Elmer and Mary McIntosh of Dayton, Ohio, who are now deceased. His wife, Judith Rae McIntosh, as well as his two brothers, Louis and Bruce, are also deceased.
Richard is survived by his sister, Nancy, of New Lebanon, Ohio. He is also survived by his children (Kimberly Sutton, Mark McIntosh, and Phillip McIntosh) and his nine grandchildren and fifteen great-grandchildren.

Richard and Judy were married December 9, 1960 at Trotwood Baptist Church in Trotwood, Ohio. A few years later, while working at McCall's Printing Press, Richard realized there was something missing in his life. Through the witness of a friend, Richard got down on his knees beside his press and asked Jesus to come into his life and change him.

He soon became a faithful member of First Baptist Church of New Lebanon, Ohio, where he learned to be a soul-winner. God called him to preach, so he and his family moved to Hammond, Indiana to attend Hyles-Anderson College. God used him greatly there. Before his senior year, God led him to Oklahoma City, Oklahoma to work with Dr. Jim Vineyard at Windsor Hills Baptist Church as the bus director. He finished his education at Oklahoma Baptist College and was able to direct one of the largest bus ministries in America.

Richard pastored two churches in his thirty years of ministry. In those years, he impacted thousands of lives around the world for the cause of Christ. He truly cared about everyone he met. He would do anything he could to help people and never expected anything in return. He left a godly heritage to his children, grandchildren, and great-grandchildren.

After the death of his wife, Richard moved to Tallahassee, Florida to work with his son-in-law, Robert Sutton, at Southwood Baptist Church. Once again God greatly used him in the ministry by filling the pulpit when needed, teaching Sunday School, running the van, and directing the visitation ministry.

Bro. Mac (as he was known) will be deeply missed by all who knew and loved him.