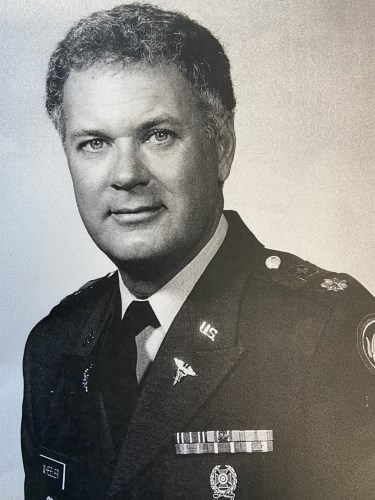 Richard Kirke ("Rick") Wheeler, 77, of Minnetonka, Minn., passed away July 8, 2021. Rick was born Oct. 1, 1943 in Galveston, Texas to Holland Kirke and Maurine (Sebring) Wheeler. He grew up in Huron, S.D., graduated from Huron High School and then earned a bachelor's degree in English Education from the University of South Dakota.

On March 18, 1967, he married Pamela Ellwein. The couple settled in the Twin Cities, where Rick began a successful career in advertising sales. He retired from Meredith Corp. in 2005 as an award-winning sales manager for Better Homes and Gardens magazine.

Rick's service in the U.S. Army began in 1966. He retired 30 years later from the Minnesota National Guard, having attained the rank of Lieutenant Colonel.

After retiring from Meredith, Rick worked as a food sales rep for Carlin Group. He loved being outdoors and his side gigs included 10 seasons in customer service at Your Boat Club on Lake Minnetonka and one season driving and narrating tours for Paradise Charter Cruises.