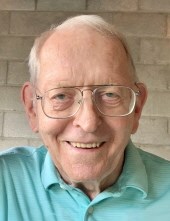 FUNERAL HOME
Boylan Funeral Home & Cremation Center, Inc. - Renfrew
856 Evans City Road
Renfrew, PA
Born in Wichita, Kansas in 1932, Bob was truly a gift to his parents, Eldor and Mildred Marten, having been delivered on Christmas Eve. After a life's journey that included the proverbial peaks and valleys, Bob passed away with his wife and two children by his side on October 7, 2021. He was 88 years old.
Many would agree that Bob is best described as kind and caring, loving, intelligent, humble, and a great conversationalist. He could talk to just about anyone and be genuinely interested in what he/she had to say.
Bob was an avid photographer. Being our official family historian through the many pictures and videos he took, Bob left us with not only his cherished memory but all the wonderful and special events, big and small moments that he captured in photographs. Bob was a huge sports fan and watched just about every sport but loved football the most. If his television was on, sports were on. The entire family was amazed at his armchair quarterbacking and knew how a game was going without having to be in the room. His whoops and hollers are famously remembered. Bob was also a technology geek wanting to have the latest in televisions and using his Ipad and smart phone throughout his senior years. He also loved automobiles and could identify just about every make and model.
He married Mary Lee Stover on October 15, 1955. Mary Lee vividly remembers meeting Bob and it was love at first sight. She knew he was the man that she would marry one day. Two children followed with Karen being born in 1957 and Tom in 1959. His children knew they were adored and loved their whole lives. Bob enjoyed marrying in to the "Stover Clan" gaining numerous in-laws, nieces, and nephews. He especially loved being a member of "The Outlaws" along with Frank McCafferty, Bob Lehman, John Ehrman, and Sue Stover.
Bob graduated from Marysville High School in Marysville, Ohio and then went on to graduate from Ohio Wesleyan University in Delaware, Ohio with a Bachelor of Science Degree in Biology. He was a member of the Beta Theta Pi Fraternity. After graduating from college, Bob joined the United States Air Force and was stationed at Bolling Air Force Base in Washington DC. He was chosen to be on the Honor Guard and Drill Team. He proudly represented the Air Force at many government functions including funerals at Arlington National Cemetery. Bob was honored to march in the Inaugural Parade for Dwight D. Eisenhower.
Bob worked for Armco Steel in Butler, Pennsylvania for 34 years and happily retired in 1993. He provided logistics and distribution support in the Traffic Department.
He was a member of Covenant Presbyterian Church in Butler, Pennsylvania and volunteered there as an usher and at the Food Cupboard and Community Meals.
Bob faced many challenges during life but the most difficult was living with Parkinson's Disease and Bipolar Disease. He met this challenge with resilience and courage. He did not complain about his condition nor become bitter but rather learned how to live with it. The Marten Family thanks Dr. Suni Elawar and Dr. John Soffietti for their dedication to Bob's health providing not only their medical expertise but also their friendship and encouragement.
Bob gained another extended family in the staff and residents at Concordia of Cranberry in Cranberry Township, Pennsylvania where he lived for the past four years. He came to love them and think of Concordia as home. The staff shared many special times with Bob which became even more important during many months of quarantine during the pandemic. Bob stayed active while a resident and enjoyed participating and excelling at trivia activities and poker. He even tried out wheelchair Zumba! The Marten Family extends their thanks and love for the care and friendship provided by the Concordia Staff.
Bob is survived by his wife of 66 years, Mary Lee Stover, and his children, Karen Ramsey and Tom Marten, along with his son-in-law Frederick Humphreys. He is also survived by many loving extended family members. Not to be forgotten are his grand doggies, Pippin and Tally, who brought him much joy. He was preceded in death by his father, Dr. Eldor Marten, his mother Mildred Havighurst Marten, his brother William Marten, and a son-in-law Ronald Ramsey.
"No more worries, no more wheelchair, Dad. Just peace."
Family and friends will be received on Friday, October 15, 2021 from 4:00-7:00 P.M. at the Boylan Funeral Home and Cremation Center of Connoquenessing Twp., Inc., 856 Evans City Road, Renfrew, PA 16053.
A funeral service will be held on Saturday, October 16, 2021 at 11:00 A.M. at Covenant Presbyterian Church, 230 East Jefferson St., Butler, PA 16001.
Bob will be laid to rest with military honors at Rose Hill Cemetery on Sunday, October 17, 2021 at 12:00 P.M.
In lieu of flowers, the Marten family suggests donations to the following organizations:
Parkinson Foundation Western Pennsylvania, Bellevue, PA 412-465-1112
[email protected]
www.pfwpa.org/donate
Covenant Presbyterian Church, 230 East Jefferson Street, Butler, PA 16001 724-287-7731
[email protected]
www.covenantbutler.org
Due to the high positivity rate of Covid 19 in Butler County, the Marten Family respectfully asks that mask wearing be in place by anyone attending visitation at Boylan Funeral Home and/or events at Covenant United Presbyterian Church. We believe in keeping our family, friends, and community safe.
To send flowers to the family of Robert Allen Marten please visit our Tribute Store.
Published by Boylan Funeral Home & Cremation Center, Inc. - Renfrew on Oct. 15, 2021.
To plant trees in memory, please visit the Sympathy Store.
MEMORIAL EVENTS
To offer your sympathy during this difficult time, you can now have memorial trees planted in a National Forest in memory of your loved one.
Funeral services provided by:
Boylan Funeral Home & Cremation Center, Inc. - Renfrew
MEMORIES & CONDOLENCES
0 Entries
Be the first to post a memory or condolences.