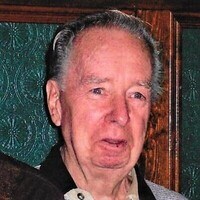 FUNERAL HOME
Schellhaas Funeral Home & Cremation Svcs., Ltd. - Bakerstown
5864 Heckert Rd.
Bakerstown, PA
Robert F. Lew, 88, of The Woodlands at St. Barnabas, formerly of Edgewood and Hookstown, passed away at home on September 13, 2021 surrounded by his children, family members and his loving wife of 13 years, Loretta R. Metz.
Born on September 26, 1932 in Pittsburgh, PA, son of the late Elmer A. and Mary Rafter Lew.
Beloved and adored Father of Cynthia (Kevin) Clarke, Edward D. Lew and the late Robert F. Lew Jr and Mark D. Lew. Predeceased by the late Nancy P. Dick Lew, his wife of 48 years.
Brother of Harriett J. Coleman and the Late Marianne Burkarth Taylor, and brothers Elmer C. and Edward A. Lew.
Proud Grandfather of Lisa (Jason) Toth, James (Jennifer) Kirsch, Allyson (Brian) Hall and Andrew (Lindsay) Clarke. Also survived by six great-grandchildren and nieces and nephews.
Also survived by sister-in-law Sally P. Keener and the late Robert L. Keener.
Robert was a retired Vice President of Real Estate for Pittsburgh National Bank and P.E.R. and honorary life member of the Elks Lodge #577 in Wilkinsburg.
He served in the Korean War for 3 years and attained Corporal status along with being awarded 2 Bronze stars for service.
During his retirement he became known as Mr. Fixit, a handyman at Beautiful Buys at St Barnabas and its residents and to many of his neighbors. Late in life he became a very good cook and loved to prepare meals for his family and enjoyed amateur photography of the outdoors.
Interment will be at Braddock Catholic All Saints Cemetery, Braddock at a later date.
A celebration of his life will be held on his 89th Birthday this September 26, 2021 from 10 am to 2 pm. For details contact Cindy Lew Clarke at 412-400-6189 or email: [email protected]
In lieu of flowers, donations in his memory made be made to your favorite charity; those that benefit Veterans of all branches and conflicts or St. Barnabas Hospice.
Cremation and funeral arrangements provided by Schellhaas Funeral Home & Cremation Services, Bakerstown, PA. www.schellhaasfh.com.
Published by Schellhaas Funeral Home & Cremation Svcs., Ltd. - Bakerstown on Sep. 18, 2021.
To plant trees in memory, please visit the Sympathy Store.
MEMORIAL EVENTS
To offer your sympathy during this difficult time, you can now have memorial trees planted in a National Forest in memory of your loved one.
Funeral services provided by:
Schellhaas Funeral Home & Cremation Svcs., Ltd. - Bakerstown
MAKE A DONATION
Please consider a donation as requested by the family.
MEMORIES & CONDOLENCES
0 Entries
Be the first to post a memory or condolences.