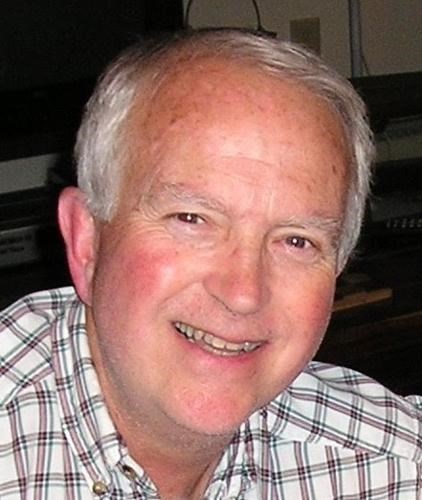 ABOUT
Madison West High School
FUNERAL HOME
Cress Funeral & Cremation Service - Madison West
3610 Speedway Road
Madison, WI
We are sad to announce that Roger Byrn Mason, age 79, passed peacefully on Sunday, November 14, 2021, in Madison, Wisconsin, surrounded by those he loved and those who loved him.
Born April 16, 1942, in Madison, Roger was a devoted and loving husband, father and grandfather, son, son-in-law, uncle, and friend – he will be greatly missed by all. He is survived by his wife and best friend Norma (Himsel) Mason, whom he first met while both were students at Madison West High School, married in 1964, and lived in wonderful partnership with for 57 years.
He is additionally survived by three children: daughter Julie (Mason) Theis and son-in-law Valentine Theis of Shakopee, Minn. and grandchildren Cora, Nicholas, Charles, and Henry; daughter Jennifer (Mason) Dube and son-in-law Aaron Dube of Louisville, Colo., and grandchildren Mason and Helena; and son Jonathan Mason and daughter-in-law Whitney (Hart) Mason of Colorado Springs, Colo., and grandchildren Carolyn and Eiley. He was preceded in death by his parents Harry and Dorothy Mason, brother Richard Mason, and brother-in-law, William Himsel.
After 25 years of supporting rural hospitals in Wisconsin, Roger retired from the University of Wisconsin-Madison College of Engineering in 2006.
As we celebrate his life – today and forever – his profound care for the well-being and happiness of Norma and his entire family serves as inspiration for all of us. He found joy in time spent at the family cabin on Summit Lake, at Badgers sporting events, on adventures far and near, and in his dogs (some more than others). He was an extraordinarily good man.
The entire Mason family extends thanks and gratitude to the caregivers at UW Health, UW Hospital and Capitol Lakes Health Center.
A celebration of a life well-lived will be held at OLBRICH BOTANICAL GARDENS, 3330 Atwood Ave. Madison on Monday, December 27, 2021, at 10 a.m.
In lieu of flowers, the family suggests a donation to a local charity of your choice.
Cress Funeral & Cremation Services
3610 Speedway Road
(608) 238-3434
Published by Cress Funeral & Cremation Service - Madison West on Nov. 17, 2021.
To plant trees in memory, please visit the Sympathy Store.
MEMORIAL EVENTS
Dec
27
Celebration of Life
10:00a.m.
Olbrich Botanical Gardens
3330 Atwood Avenue, Madison, WI
Funeral services provided by:
Cress Funeral & Cremation Service - Madison West
MEMORIES & CONDOLENCES
1 Entry
Offering our deepest condolences during this difficult time.
The Staff of Cress Funeral & Cremation Service
November 16, 2021
Showing 1 - 1 of 1 results