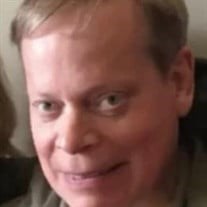 ABOUT
Seymour High School
FUNERAL HOME
Voss and Sons Funeral Service
316 N. Chestnut Street
Seymour, IN
Roger D. Mills was born in 1955 to Robert and Anna (Breitfield) Mills in Seymour, Indiana. He graduated from Seymour High School in 1973. He then went on to earn his associates degree in Electronic Engineering Technology at the ITT Technical Institute in 1975. He earned his Bachelor of Science and Business Administration in 1995 at South West University. He also earned his MBA in 2000 at Syracuse University.
Roger married Theresa Pagle in 1985 in Covington, LA. Roger and Theresa lived in several states while Roger pursued his career including New Orleans, LA, Syracuse, NY, Uxbridge, MA, Redmond, WA, and most recently in Woburn, MA, Seymour, IN, Brownstown, IN, and Abita Springs, LA. Roger retired from Hologic, Inc. in 2015 as a Senior Vice President and General Manager of Customer Service.
Roger had many interests and hobbies. He manufactured his own fireworks and loved to work in his yard. He could, literally, fix anything. Roger loved to spend time on his boat, at his lake house. He loved to travel, see new things, and spending time with his family and friends.
Roger was a member of the New England Thunderbirds and enjoyed showing his classic cars. Two of his favorites were a 2005 50th Anniversary Thunderbird and a 2006 Chevrolet SSR. Roger was an avid pilot and flew in his 28 Dakota Piper all over the country. He especially liked going on adventures with his brother, Norman.
Roger was a member of many clubs and service organizations including: Towanda Club, Woburn, MA, Seymour Elks Lodge, Seymour Moose and the Seymour Catholic Men's Club. He especially enjoyed working at the Seymour Oktoberfest for the Knights of Columbus.
Roger was flying from Indiana to Massachusetts on Sunday, October 31, 2021. His plane went down just off the coast of Massachusetts, near Cape Cod. The plane has been located but Roger's whereabouts are unknown, at this time. The reason the plane went down, is also unknown. It may have been due to a catastrophic plane failure or an unknown health issue.
Roger was an extraordinarily smart, talented, loving, funny, and fun-loving man. He will be so greatly missed by his loving wife, Theresa, his dear brother, Norman Mills, his much-loved Miniature Schnauzer, Rocky, Nieces and Nephews: Logan and Alysha Mills, Alisha (David) Gay, Ashley (Jeff) Blackwell. In addition to his family, Roger will be missed by many dear friends.
A memorial service will be held at Voss and Sons Funeral Service on Tuesday November 9, 2021, at 7 pm. Visitation will be held on Tuesday November 9, 2021, from 4-7 pm at Voss and Sons Funeral Service.
In lieu of flowers the family request donations be made to the American Cancer Society in care of Voss and Sons Funeral Service.
Published by Voss and Sons Funeral Service on Nov. 8, 2021.
To plant trees in memory, please visit the Sympathy Store.
MEMORIAL EVENTS
Nov
9
Visitation
4:00p.m. - 7:00p.m.
Voss and Sons Funeral Service
316 N, Seymour, IN
Nov
9
Memorial service
7:00p.m.
Voss and Sons Funeral Service
316 N, Seymour, IN
Funeral services provided by:
Voss and Sons Funeral Service
MAKE A DONATION
Please consider a donation as requested by the family.
MEMORIES & CONDOLENCES
5 Entries
Teresa and family, I am so sorry to of Roger´s passing. He was such a wonderful, smart man. My thoughts and prayers are with you.
Zare Roberts
Friend
December 24, 2021
Teresa & Family - May your hearts be filled with the wonderful memories of the many joyful times spent together. Words cannot express the sadness felt by the people whose lives were positively impacted by Roger, and while time may heal the grief your memories will comfort you forever. Our thoughts, prayers and deepest condolences are with you all. God Bless.
Art & Karen Knudsen
Work
December 11, 2021
My thoughts and prayers go to Roger's family and friends. I shared many challenging work experiences with Roger and we achieved many correct positive results. Roger was always supportive with outstanding guidance to solve the challenge. Roger was a special colleague. Our memories will never fade, God Bless and Rest In Peace.
Peter Rowden
Work
November 12, 2021
Theresa, John and I were so very saddened to hear about the tragic passing of Roger. You are in our thoughts and prayers. Sincere sympathy to you and your family, Susan and John Née (Ingalls Street neighbors)
Susan Nee
Friend
November 9, 2021
My most sincere condolences go to Roger´s family. He left us way too soon. Rest In Peace my old friend and colleague. You will be missed!
Jim Vogel
Work
November 9, 2021
Showing 1 - 5 of 5 results