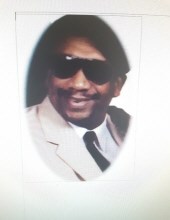 FUNERAL HOME
McKinnie Funeral Home - Crestview
398 Martin Luther King Jr Avenue
Crestview, FL
Ronald Bray age 81 of Crestview, Florida passed away at the Chautauqua Rehabilitation and Nursing Home DeFuniak Springs, Florida Friday July 2, 2021. Ronald Bray, was born on April 12, 1940 in Pittsburgh, Pennsylvania to the late Beatrice Gibson and Henry Lee Lett. Ronald was their only child, but he was raised up with his first cousin Dorethea Hughes. They lovingly called one another brother and sister, she preceded him in death. Ronald attended school within the Philadelphia School District. Ronald met and married Lavern Coleman and they had a son together, she also preceded him in death. Ronald later met Joe Ann James, his common-law wife of over 40 years and together they had a daughter. Ronald was boisterous, competitive, stubborn, outgoing and had a big hearty laugh. Sometimes you would hear him before you saw him. He loved spending time with family and friends. He also enjoyed watching Philadelphia sports teams, playing pool, bowling and going to Atlantic City. Ronald was a handyman he loved to fix on older model cars, always had projects around the house, he liked to cook and loved to eat. Ronald proudly worked as a painter for the city of Philadelphia and retired after dedicating 35 years. Those left to mourn, but cherish fond memories are his wife, Joe Ann James; Two children, Ronnetta Hutson and Ronald Coleman; One stepdaughter, Janet Nattiel; Four grandchildren, two live in Crestview, FL Dominique and Darius Hutson; and two live in Philadelphia, PA; And a host of cousins and sorrowing friends
*Memorialization by cremation To plant a beautiful memorial tree in memory of Ronald Bray, please visit our Tribute Store.
Published by McKinnie Funeral Home - Crestview on Sep. 2, 2021.
To plant trees in memory, please visit the Sympathy Store.
MEMORIAL EVENTS
To offer your sympathy during this difficult time, you can now have memorial trees planted in a National Forest in memory of your loved one.
Funeral services provided by:
McKinnie Funeral Home - Crestview
MEMORIES & CONDOLENCES
0 Entries
Be the first to post a memory or condolences.