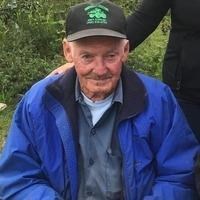 BORN
December 9, 1937
DIED
December 3, 2020
MONTGOMERY – Rosaire "Rosie" Lucien Robitaille, age 82, passed away on Thursday, December 3, 2020 at the St. Albans Health and Rehabilitation Center as most of his children, grandchildren and great grandson stood outside of his window giving their words of comfort via a cell phone one of his nurses graciously provided.

He was born in L'Ange-Gardien, QC on December 9, 1937 to the late Maurice and Jeannette (St. Jules) Robitaille. When he was young, his parents moved to Vermont but Rosaire remained with his maternal grandparents until the age of 6 when he joined his parents at their farm on Robitaille Rd in Berkshire.

In 1955, Rosaire met the love of his life, Rachel, from Quebec. They soon married, on February 11th, 1956 and moved to Vermont to begin their life together. During the earlier years Rosaire worked on their farm, drove cattle, worked on the Brouillette and Gates Farms, and later in life was a diesel mechanic for Blow and Cote of Morrisville until he began Robitaille Logging.

Rosie was known as one of the hardest working, caring and good-humored men around. Even in his last years you would be hard-pressed to find him not working whether it was running a skidder, delivering firewood or selling Christmas trees. When not working he was touring the area to visit with countless friends and family, often with his most recent companion, his great grandson Rylan, like many grand children had before him. While he loved to work and spend time with his family, you could not keep Rosie away from horses. In his earlier years he could be found sulky racing at his parent's farm but later he discovered his love of horse pulls, which he shared with his children and grandchildren. Rosie worked hard, with his sons and grandson over the years, training their teams to compete in countless pulls across New England and New York. The pride he felt seeing his son Jacques and grandson James win ribbons and trophies was easily seen by all. Rosie loved horses so much that he even used them in his logging business and another favorite hobby, sugaring.

A Life Celebration will be held next spring to include a service and inurnment in St. Isidore's Catholic Cemetery.

For those who wish, contributions in Rosie's memory may be made to the Enosburg Lions Club Horse Pulls, C/O Pierre Boudreau, P.O. Box 565, Enosburg Falls, VT 05450.
To plant trees in memory, please visit our Sympathy Store.
Published by Goss-Spears Funeral Services - Enosburg Falls from Dec. 8 to Dec. 9, 2020.
MEMORIAL EVENTS
No memorial events are currently scheduled.
To offer your sympathy during this difficult time, you can now have memorial trees planted in a National Forest in memory of your loved one.
Funeral services provided by:
Goss-Spears Funeral Services - Enosburg Falls
GUEST BOOK
0 Entries
Be the first to post a memory or condolences.