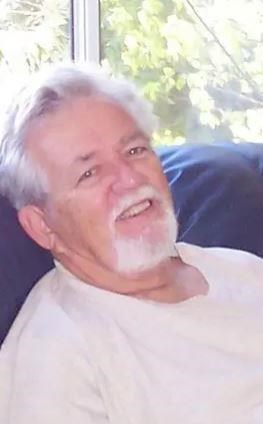 Sam was born on February 19, 1943 in Milwaukee, WI to Harry and Lucille Wille. He enlisted in the U. S. Air Force on May 22, 1961 and retired on June 30, 1981, after serving a little over 20 years. During those years he was assigned to various military installations such as Minot, ND, England, Little Rock, AR, Vietnam, Tucson, AZ, March AFB, CA, Turkey, with his final duty station being Norton AFB, San Bernardino, CA. He began his military career spending four years as a Law Enforcement Specialist and the remaining years as an Administration Technician.

After his military retirement, he started a new career working for the State of California as a correctional officer at California Rehabilitation Center, Norco, CA and later transferred to Camp Bautista, Hemet, CA, where he served as a correctional officer in a fire camp housing inmates who responded to fires throughout California. He retired from that position on January 31, 1994. His spouse, Judie, was not retired yet so he spent many years following her around so she could finally retire. This led them to Homestead ARB, FL, Reno, NV, Henderson, NV and back to Reno, NV where she retired in December 2003. In January 2004 they finally settled down in Bullhead City, AZ. To fill his time during this period he was a security officer at Homestead ARB, FL, and a school bus driver in Reno, NV, Henderson, NV, Laughlin, NV, as well as Bullhead City, AZ.

Sam is best known as being a jokester and is loved by many that he has met during his lifetime. He had a bright and energetic personality and he touched so many lives with his faith and love of family.

He loved the Lord and served in many capacities at Calvary Chapel Desert Light, Bullhead City, AZ for over 21 years and Calvary Chapel Queen Creek, AZ for the past 4+ years before his death.

Family and friends are invited to attend a military committal service at 9:30 a.m., Monday, August 16, 2021, at the National Memorial Cemetery of Arizona, 23029 North Cave Creek Road, Phoenix, AZ 85024. There are no Covid restrictions at this time, however, they do request those who have not been vaccinated to wear a mask during the service.

Family and friends are also invited to attend a celebration of his life at 11:00 a.m. on September 25, 2021 at Calvary Chapel Queen Creek, Queen Creek, AZ 85142, with a luncheon to follow in the Fellowship Hall. For those who cannot attend we plan to have a live service on Facebook. Go to your Facebook page, type in Calvary Chapel Queen Creek AZ. When you are linked with their page look on the left-hand side of the screen for videos and click there. The video should come up on the screen for you to be able to watch and also leave comments. Suggestion: Try to sign on at least 10 minutes before the service time to allow you to be ready when it starts or to trouble shoot to join, if needed.

The family would like to send a special thank you to the amazing Team at Cancer Treatment of America, Gilbert, AZ who have cared for Sam over the last 21 months, and to Savior Hospice who cared for him in his final days.