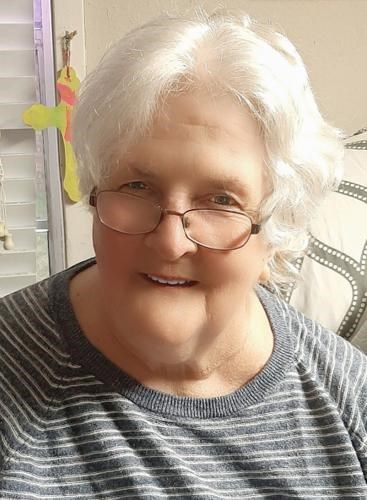 When Joseph Krebs became Sharon's stepfather, she became a Krebs. Sharon grew up in West University spending her days reading books, enjoying beauty contests, canoeing, and swimming. She attended Camp Mystic in Kerrville every summer. She started as a camper and worked her way up to camp counselor.

Sharon was extremely interested in medicine and knew exactly what she wanted to do following high school. She enrolled in and graduated from the very first class of Registered Nurses from the University of Texas Medical Branch in Galveston, Texas. While Sharon was in Galveston, she met and married William Thomas Darlington Jr. and soon had her first precious baby Linda Kay (affectionately called Chu). Karen (Bo) followed a few years later, and Robert Marc (Marc a Lark) was the last wonderful addition to her family.

Sharon loved nursing and was truly gifted with abundant medical knowledge. Sharon soon got her dream job at Hermann Hospital in Houston, Texas where she worked in Labor and Delivery for the next eleven years.
Sharon would give you the shirt off her back and never met a stranger. She helped her community in many ways. Over the years she trained and worked as a volunteer firefighter, prison volunteer, hospital volunteer, and volunteer educator.
She also spent time working at Medical Center in Nacogdoches and Woodland Heights in Lufkin after she completed her Bachelor degree in Social Work from SFASU.
She gained two son in laws Glen Hilton Briley and Clifford Bristol Peavy during those years. Sharon welcomed her first grandbaby Lacey Anne Briley into the world in 1988

She married Fredrick Davis in 1990. At that time, she became a parent to Rick's daughter, Kim. Her family continued to increase with the birth of more delightful grandchildren Caitlin Viginia Peavy, Derek Hilton Briley, Elizabeth Bristol Peavy, and William Asher Peavy.
She and Rick moved to Colorado so she could care for her mother-in-Law. During that time, she also worked for the Social Security office. She enjoyed visiting National parks to soak up the beauty of nature in her free time.
Sharon and Rick became homesick for Texas and moved back to God's country. While in East Texas she attended the Episcopal church in Center, Texas, and Christ Episcopal Church in Nacogdoches. One of her proudest moments was when she became a Daughter of the King (DOK) in the church.

Sharon loved games such as dominoes, Farkle, Right Left, Yahtzee and many more.... when we close our eyes, we can still see her laughing and pocketing that money! Sharon loved collecting small bits of nature such as rocks, fossils, arrowheads, driftwood, and other interesting finds...her family always felt honored to receive an interesting trinket or rare find accompanied by a sweet loving note and description of it written by her...such love.
Sharon had a colorful and sometimes naughty sense of humor that many appreciated for the refreshing honesty. She loved so very deeply, and her friends and family were everything to her.

Sharon became a great grandmother when Lacey and Jason Chandler brought Carson Hilton Chandler into the world. Caitlin and Izzy Lopez followed a few years later with Alinea Olive Lopez. Mason Tucker Chandler, and Emerson Rye Lopez soon followed to complete her family.
Sharon lived her last few years in Rock Haven Nursing home in Nacogdoches where she could be found playing games, telling stories, or just visiting. She brightened the atmosphere with her happy talkative self...she dearly loved her friends, nurses, and staff at the facility.
One of the best memories is walking in to see her laying in the bed...eyes closed...after calling her name three times and getting no response Karen fearfully moved nearer. Sharon finally opened one eye and said "shhhhh, I am pretending to be asleep because I don't want to do PT today" This was SO her!!!

Momma sang us a camp song called Green Trees each night and we carried on the same beautiful tradition to our children and grandchildren....We will see your beautiful face and smile each time the song is sung each night...good night sweet momma.
Sharon was proceeded in death by her mother Virginia Ruth Krebs, father Frankin Leonard Hilty, Jr, stepfather Joseph Krebs, sister Karen Hilty, sons-in-law Glen Hilton Briley and Clifford Bristol Peavy. She is survived by her husband Rick Davis and her sister, Kathy Vaccaro. She also leaves behind daughters, Linda Kay Peavy, Karen Briley Farris and son Robert Marc Darlington.

She leaves behind her dear first husband and lifelong friend William Thomas Darlington, Jr. She was blessed with grandchildren Lacey Anne and husband Jason Chandler of Nacogdoches, Texas, Caitlin Virginia and Israel Lopez of Katy, Texas, Derek Hilton Briley of Nacogdoches, Texas, Elizabeth Peavy of Katy, Texas, and William Asher Peavy also of Katy, Texas.
She also leaves behind great grandchildren, Carson Chandler, Alinea Lopez, Mason Chandler, and Emerson Lopez.
She had many many friends and new family such as Jimmy Dale Bethel and Courtney Izard (future wife of Derek Briley)
In lieu of flowers, the family requests you carry a couple of games or puzzles or puzzle books to Rock Haven Nursing Home (or the nursing home of your choice) to help give the residents something fun to help pass the time. You may also contribute to the Presbyterian Mo-Ranch Assembly in Hunt, Texas.
To send flowers to the family or plant a tree in memory of Sharon Kay Davis, please visit our floral store.

To send flowers to the family or plant a tree in memory of Sharon Kay Davis, please visit our floral store.
Published by Legacy on Sep. 21, 2021.
Legacy.com reports daily on death announcements in local communities nationwide. Visit our funeral home directory for more local information, or see our FAQ page for help with finding obituaries and sending sympathy.
To plant trees in memory, please visit the Sympathy Store.
MEMORIAL EVENTS
To offer your sympathy during this difficult time, you can now have memorial trees planted in a National Forest in memory of your loved one.
Funeral services provided by:
Laird Funeral Home
MEMORIES & CONDOLENCES
1 Entry
Sharon was a frequent recipient of altar flowers from Christ Episcopal Church, and I often delivered them to her and to Rick. This was before Rock Haven and before Covid restrictions. Her gracious appreciation for the flowers, which had been on the altar, was genuine and happy. One always felt better after visiting them in their apartment though they both had obvious health issues. Reading about Sharon´s life before I knew her helps me to understand better why she always had a smile and a story to tell. I did not know about her professional life ... I am saddened we never shared our commonalities. I will remember her with a smile.
Norma Fleming Taylor
Other
October 13, 2021
Showing 1 - 1 of 1 results