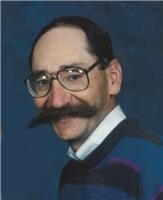 Terry married his sweetheart Ella Peterson on May 1, 1970 in the Salt Lake City Temple. They just celebrated their 50th wedding anniversary. Throughout their many years together, they enjoyed dancing, motorcycling and many fun activities together.

Terry worked at Hill Air Force Base, following his retirement he worked in Special Education with Canyon View Life Skills. He also taught special Olympics Soccer, coached and refed AYSO and was involved with the special needs mutual.

Terry enjoyed his Harley Club, raising goats, and yard work. He is known for his garden and his beautiful rose bushes. One of his most favorite things was his grandchildren.

Interment will be in the West Weber Cemetery.

Funeral Service will be live streamed on Terry's obituary page at www.myers-mortuary.com where condolences may also be shared with the family.
To plant trees in memory, please visit our Sympathy Store.
Published by Myers Mortuary from Oct. 27 to Oct. 28, 2020.
MEMORIAL EVENTS
Oct
28
Viewing
6:00p.m. - 8:00p.m.
Myers Mortuary
845 Washington Boulevard, Ogden, UT
Funeral services provided by:
Myers Mortuary
MEMORIES & CONDOLENCES
Sponsored by Myers Mortuary.
0 Entries
Be the first to post a memory or condolences.