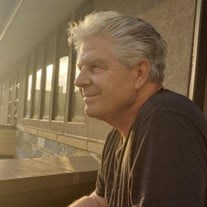 ABOUT
Waukesha South High School
FUNERAL HOME
Randle-Dable-Brisk Funeral Home
1110 South Grand Avenue
Waukesha, WI
Tom Hekkers passed away on Wednesday, September 15, 2021. He was 72 years old.
Tom was born on August 2, 1949, in Berlin, Wisconsin. He attended Hillcrest Elementary and Waukesha South High School. Upon graduation, Tom enlisted in the United States Army (1968-1970) RVN-Sergeant/Platoon Leader serving in the Central Highlands at An Khe, Vietnam. Upon return to civilian life, and with a keen eye for color, Tom turned his expertise to Color Systems Management at Quad Graphics. Over the years, he designed and assisted in the implementation of several patents at Quad. But he really found his niche in teaching the craft to new employees and customers.
Tom married Victoria Jeuck, his high school sweetheart, on September 28, 1968. They were loving parents to Erik (49) and Nick (47). In addition to his wife and sons, Tom is survived by his four grandchildren Kyle (17), James (16), Dylan (16), Samantha (12), brother Jeff (Mary) Hekkers and sister Deb (Jeff) Steinbach. He is predeceased by his parents Gerald and Patricia, brothers "Butch" and Kevin, sister Mary and "wingman", Dick Jeuck.
Tom had a passion for classic cars. He leaves behind the very car he dated Vicky in during high school - a 1956 Ford Crown Victoria; a hemi-powered 1934 Ford Roadster; a "chopped" 1951 Mercury; and a custom built 1933 American Austin. He also took great pride in the design and construction of four different custom homes. He loved relaxing and mowing straight lines at the family cottage in Mauston, Wisconsin. But his favorite activity was time spent with his grandchildren being a teacher, mentor and friend.
A celebration of Tom's life and impromptu car show for classic car enthusiasts, will be held outdoors at the Ingleside Hotel (Country Springs Hotel) in Pewaukee from 12:00 until 3:00 PM this Sunday, September 19th. Beer, wine and light appetizers will be served at the "Ingleside Pavillion" (adjacent to the outdoor water slides) on the west side of the grounds. Classic cars are encouraged to follow the "Wednesday Night Classic" signage to the private back lot. A U.S. Army honor guard team will recognize Tom's service with a final salute including Taps at 3:00 PM.
In lieu of flowers, please provide generous gratuity for the servers.
Out of respect for Tom's family, please refrain from engaging in political commentary or discussions.
Published by Randle-Dable-Brisk Funeral Home on Sep. 17, 2021.
To plant trees in memory, please visit the Sympathy Store.
MEMORIAL EVENTS
Sep
19
Celebration of Life
12:00p.m. - 3:00p.m.
Ingelside Hotel
Sep
19
Service
3:00p.m. - 3:30p.m.
Ingelside Hotel
Funeral services provided by:
Randle-Dable-Brisk Funeral Home
MEMORIES & CONDOLENCES
9 Entries
Rest in Peace. Tom.
George Wang
October 6, 2021
My deepest sympathies to the family.
Carol Grosskopf
September 24, 2021
From A Black Mustang To A Yellow Rod. Ride Long And Hard! Farewell Tom.
Santo DiNicola - SAM
September 22, 2021
Had it not been for you and Wednesday Night Classics, who knows how many car shows I would have missed photographing all these years. R.I.P Tom, like the car shows we the enthusiasts go to and love, you were also a classic.
Angel Moran
September 19, 2021
My heart breaks for you.
Sue Wehner
Friend
September 19, 2021
Thanks for helping many car people know where events were taking place. Such a grear service you provided!
David Hartjes
Other
September 19, 2021
Tom and I worked together on the Wednesday Night Classics events calendar for at least 15 years. His devotion to the project was incredible. He will be very much missed by so, so many.
Patty Russell
Friend
September 18, 2021
I am so sorry to hear of Tom's passing. I knew him at Hillcrest and at Waukesha High. I'll always remember him as a neighborhood kid and classmate who was a lot of fun, and really, really nice.
Kathy Keenan
September 17, 2021
I was so sorry to hear about Tom's passing. I didn't know Tom real well, but always enjoyed talking to him and Vicki. He was my brother-in-law's (Jeff) brother, which makes him family to me. I wish the whole Hekkers family all the peace and strength and comfort you will need as you deal with the loss of Tom.
Patty Smith
September 17, 2021
Showing 1 - 9 of 9 results