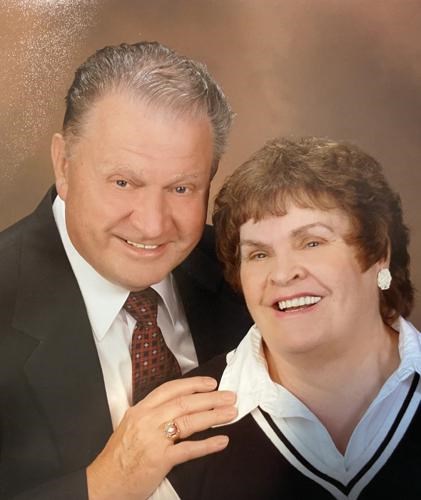 FUNERAL HOME
Independent Funeral Service
2746 S State St
Salt Lake City, UT
Thomas Speredon, age 89, beloved husband, father, grandfather, and great grandfather, returned to his heavenly home on September 22, 2021, while surrounded by his loving family at home.
Tom was born on July 28, 1932, in Salt Lake City, Utah. Being their only child, "Tommy" was truly cherished by his loving parents, Thomas Speredon and Katherine Mlakar Speredon.
He met the love of his life, Jean Akkerman, just one week before going off to valiantly and courageously served his country through two years of combat in the Korean War. Though having just met, Jean faithfully wrote to Tom the entire time he was gone, and unbeknownst to him, even developed a relationship with his parents. This came as a total surprise upon his return home. The two became and remained sweethearts from then on and eloped to Las Vegas to be married on November 3, 1954. Their marriage was later solemnized in the Salt Lake Temple in December of 1963.
Being a convert to The Church of Jesus Christ of Latter-Day-Saints, Tom served faithfully in many ward and stake callings. He served a service mission at the cannery on welfare square and was always a faithful home teacher.
Tom was an architectural draftsman for the Salt Lake City School District and was in charge of capital improvements for over 35 years. He was well respected by all who worked with him.
Hobbies that Tom enjoyed included bowling and fishing. He was in bowling leagues and became very proficient at it. He especially enjoyed having his family join in these activities with him. He took his family bowling and his son, Mike was on a league with him. Tom spent many a day fishing with his father and they would quite often be joined by one or more of his children. These fishing trips will always be cherished memories.
Tom was the consummate family man. His devotion to his wife and children was unparalleled. His concern for their comfort was first and foremost in his mind. He often worked one or two extra jobs to make sure that they were all well cared for.
His charismatic smile and wink always made you feel special and his family will miss being on the receiving end of them.
Tom was preceded in death by his Father, Thomas Speredon, his mother, Katherine Speredon, and his son-in-law, Gordon Hatton.
He is survived by his wife, Jean Speredon, his children Michael (Shanna) Speredon, Kathy Hatton, Joseph (Carol) Speredon, Janet (Steve) Findlay, and Julie (Dave) Candland, 20 grandchildren and 41 great-grandchildren.

The family wishes to express their profound appreciation to Tom's caregivers, Malia Pomale and Meleane Faamausili. The kindness shown to our father by them was a source of peace during difficult times and will never be forgotten.

Interment Following will be at:
Elysian Burial Gardens
1075 East 4580 South
Millcreek, UT
To send flowers to the family or plant a tree in memory of Thomas Speredon, please visit our floral store.
Published by Independent Funeral Service on Sep. 26, 2021.
To plant trees in memory, please visit the Sympathy Store.
MEMORIAL EVENTS
Sep
30
Viewing
9:30a.m. - 10:45a.m.
Winder West Stake Center
4551 S 1200 E, Salt Lake City, UT
Sep
30
Funeral service
11:00a.m.
Winder West Stake Center
4551 S 1200 E, Salt Lake City, UT
Funeral services provided by:
Independent Funeral Service
MEMORIES & CONDOLENCES
1 Entry
What a WONDERFUL man! How he loved his family! Such a great example for all of us. Loved working with him on family history. I just sent a book to Esperanza Elementary, a school I helped found, with an inscription inside indicating it is given to the school in memory of Tom.
Barbara Lovejoy
October 2, 2021
Showing 1 - 1 of 1 results