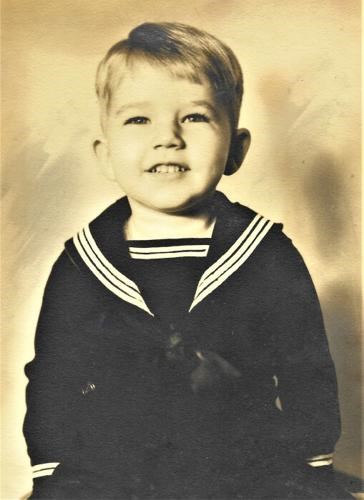 ABOUT
Bremerton High School
FUNERAL HOME
WEEKS' ENUMCLAW FUNERAL HOME
1810 Wells Street
Enumclaw, WA
Thomas Francis Veale of Olympia, Washington passed away on Friday, October 15, 2021 after a vehicle accident. He was 87 years old.
Thomas was born in Bremerton, Washington on August 16, 1934 to Thomas Francis Veale and Olga Marie Veale (née Strom). He graduated from Bremerton High School in 1952 and matriculated at the University of Washington in Seattle. Thomas graduated from the University of Washington in 1956 with a Bachelor of Arts in geography and was commissioned as an officer in the United States Army Reserve.
He married Lou Ann Ramsay of Aberdeen, Washington in 1956, and attended the Army's Engineer Officer Basic Course before serving a brief period of active duty. The couple resided in Olympia, where they had three children. Thomas worked as a systems engineer for International Business Machines and rose to the rank of captain in the Army Reserve, commanding the 455th Engineer Company prior to his honorable discharge.
In 1972, Thomas and family moved to Palo Alto, California, where he continued his career as a systems engineer for IBM. He became active in youth football and served as president of the Palo Alto Knights Pop Warner Football organization for most of the 1980s.
In 1989, he requested to be transferred back to the Puget Sound region and lived briefly in Woodinville before retiring from IBM in 1991.
In his retirement, Thomas built a house on the water in Olympia, and traveled frequently to visit his children and grandchildren in France, California, and various Army posts throughout the United States. An avid reader of Civil War history, he visited nearly every Civil War battlefield in the eastern and southern United States. He also traveled widely to sites of cultural and historical importance in Europe.
He is survived by his daughter Joy (born February 1, 1963), her husband Gaetan Toulemonde and their five children: Lauren, Anthony, Elise (M.D.), Kayleen, and Elena; daughter Tina (born December 14, 1964); son Col. (Ret.) Thomas F. Veale (Ph.D., born December 18, 1970) and his wife Nancy, and their four children: Lucas and Christian (both active-duty Army pilots), Kyle, and Kianna.
Visitation will be held at Weeks' Enumclaw Funeral Home from 4-7 pm on October 27, 2021. In lieu of flowers, the family requests donations be made to the American Society for the Prevention of Cruelty to Animals, in honor of his love for pets.
Graveside service will be held at Enumclaw Evergreen Memorial Park at 11 am on October 28, 2021, where he will join four generations of his Veale and Strom ancestors in eternal rest.
Published by WEEKS' ENUMCLAW FUNERAL HOME on Oct. 26, 2021.
To plant trees in memory, please visit the Sympathy Store.
MEMORIAL EVENTS
Oct
27
Visitation
4:00p.m. - 7:00p.m.
Weeks' Enumclaw Funeral Home
1810 Wells Street, Enumclaw, WA
Oct
28
Graveside service
11:00a.m.
Evergreen Memorial Park
23717 SE 416th St, Enumclaw, WA
Funeral services provided by:
WEEKS' ENUMCLAW FUNERAL HOME
MEMORIES & CONDOLENCES
0 Entries
Be the first to post a memory or condolences.