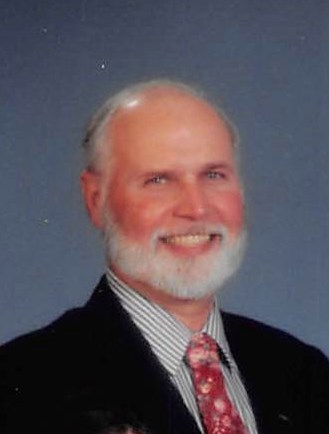 FUNERAL HOME
Hill Funeral Home & Cremation Service - Puyallup
217 E Pioneer Avenue
Puyallup, WA
Obituary of Thomas C. Whitehouse
Born in Steubenville, Ohio, to Charles and Eula Whitehouse, Tom was the second of three children and grew up with his siblings, Bill and Iris, on the family farm. He is survived by his wife Diane and their three children, Susan Snyder (Russ), David Whitehouse (Lora), and Daniel Whitehouse (Shandon) and seven grandchildren: Joel, Madelaine, and Caleb Snyder, and Thomas, Joseph, Henry, and Wesley Whitehouse.
Tom graduated from Jefferson Union High School where he played trombone in the marching band and went on to pursue a career in mechanical engineering. In 1965 he married his high school sweetheart Diane Barnhouse. Two years later, they moved across the country to Fife, Washington, where he began working for ABAM Engineering.
Known for his creativity and innovative solutions, Tom's fifty-year engineering career took him to Europe, Africa, and Australia. His career included notable projects such as the English Channel Tunnel, container cranes for the Port of Tacoma, and the beams for the premier monorail system in Disney World, Orlando, Florida, the first of its kind in the United States.
Tom received the Lord Jesus as his savior as a youth and later, through his grandfather's encouraging, recommitted his life to Jesus Christ. He became steadfast in the Lord, down to his last days.
A dedicated father and husband, he always made time for his family, whom he adored. In addition to camping and hiking with his kids, Tom's hobbies included reading, chess, and golf. Quick to lighten the mood, he could be relied upon for a silly joke, a hug, and a smile whenever skies turned grey. He will be greatly missed.
To send flowers to the family or plant a tree in memory of Thomas Whitehouse, please visit Tribute Store
Published by Hill Funeral Home & Cremation Service - Puyallup on Oct. 26, 2021.
To plant trees in memory, please visit the Sympathy Store.
MEMORIAL EVENTS
To offer your sympathy during this difficult time, you can now have memorial trees planted in a National Forest in memory of your loved one.
Funeral services provided by:
Hill Funeral Home & Cremation Service - Puyallup
MEMORIES & CONDOLENCES
0 Entries
Be the first to post a memory or condolences.