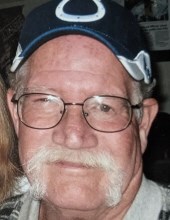 ABOUT
Howe High School
FUNERAL HOME
Indiana Funeral Care - Indianapolis
8151 Allisonville Road
Indianapolis, IN
Timothy P. Parker 67, of Indianapolis, IN passed away on August 23, 2021. Tim was born on September 16, 1953 to Robert and Mildred Parker. He attended Howe High School until his Junior year, then at 17 years old he received permission to join The United States Army. Tim was a part of the CO A 5th Trans Co 101 ABN DIV and was proud to have served for his country. After serving in the Army he came home, married the love of his life Mary Beth Cronin, went back to school and earned his GED then attended several Labor Craft Schools. He received a welding certificate, was an Entrepreneur, was granted his CDL license, worked as a semi truck driver traveling across the country for many years and worked for INDOT fixing and snow plowing our highways. Tim drove a concrete truck for IMI and drove trucks for a couple of other companies.
Timothy was preceded in death by his loving wife of almost 40 years, Mary Beth Parker; Mother Mildred Hogan, Father Robert L. Parker, Brothers Daniel and James Parker, and Grandson Beau Patrick Kendall. Tim is survived by his 3 children, Katie Parker, Matthew (Jennifer) Parker, and Kellie (Joe) Bentson, Amazing Grandchildren, Emily (Jason), Matthew Jr (Whitney), Jakob, Joshua, Rylee, Sophie and Soren, his Wonderful Great-Grandchildren, Halliegh, Liam, and a baby on the way due January 2022, His brothers, Joseph (BJ) Parker, Jeffrey (Cindy) Parker, Aunt Betty Hogan, several nieces, nephews, and cousins.
The family would like to Thank everyone at The Richard L. Roudebush VA Medical Center, Sandy and the entire Kindred Hospice Care team, Lisa, Nicole, "The Ryans" and the rest of the staff at MedEx Medical Supplies and Indiana Funeral Care for the care and kindness towards Tim. We would also like to send a Special Thank you to our dad's roommate and friend, Jim Adams and his family for welcoming dad into their family.
Published by Indiana Funeral Care - Indianapolis on Aug. 27, 2021.
To plant trees in memory, please visit the Sympathy Store.
MEMORIAL EVENTS
To offer your sympathy during this difficult time, you can now have memorial trees planted in a National Forest in memory of your loved one.
Funeral services provided by:
Indiana Funeral Care - Indianapolis
MEMORIES & CONDOLENCES
0 Entries
Be the first to post a memory or condolences.