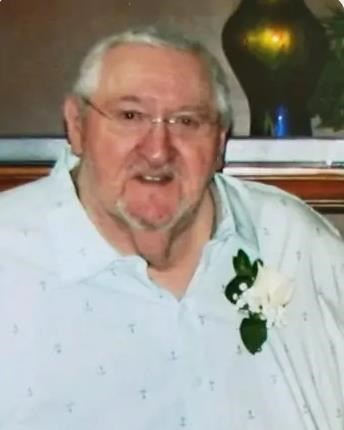 Wayne was born in 1946 in Milwaukee, Wisconsin, and grew up in a loving, multi-generational home. He attended Boys Technical High School and over the years remained close friends with several classmates. He then began his career as an electrician, working for WH Brady Company in Glendale, Wisconsin. Wayne and Evelyn married in 1969 and in 1981, having lived in Wisconsin all his life and tired of the cold and snow, Wayne and his family moved to the Phoenix sunshine and heat. Wayne always said, "You don't have to shovel the sunshine!" After working for Westinghouse Engineering for some time, he became unemployed, but eventually found himself working as an electrician at the Phoenix VA Medical Center, where he remained for twenty years working as an electrician, supervisor of the electrical shop and eventually project manager. Wayne enjoyed many hobbies! He loved trains and was a member of Paradise and Pacific Train Club at McCormick Stillman Railroad Park in Scottsdale. Wayne also enjoyed performing old west reenactments with Arizona Gunfighters. He loved western movies and music, especially John Wayne, Johnny Cash and was a great fan of the Ancient Aliens TV show. But mostly, Wayne enjoyed life and truly loved his wife, family and friends. Wayne had a great sense of humor. His sense of humor never left him due to his ill health and was always able to entertain others.

Services will be held at Mountain View Funeral Home and Cemetery, 7900 E. Main Street, Mesa, Arizona, at 10:00am on Monday, September 20, 2021. This service will be brief and held outside. Unfortunately, due to the Covid 19 virus, there will be no gathering after his service.