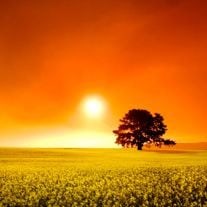 In addition to his parents, William was preceded in death by his first wife, Shirley Bugher; and sister, Wanda Bugher.

The family wishes to have a Celebration of Life at a later date. Arrangements are being handled by Ziemer Funeral Home East Chapel, 800 S. Hebron Ave., Evansville 47714.

Condolences may be made online at www.ziemerfuneralhome.com.
Published by Ziemer Funeral Home - East Chapel on Oct. 6, 2021.
To plant trees in memory, please visit the Sympathy Store.
MEMORIAL EVENTS
To offer your sympathy during this difficult time, you can now have memorial trees planted in a National Forest in memory of your loved one.
Funeral services provided by:
Ziemer Funeral Home - East Chapel
MEMORIES & CONDOLENCES
0 Entries
Be the first to post a memory or condolences.