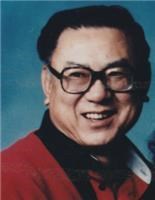 He grew up with his family on North Beacon Hill in a rental house, attending Beacon Hill Elementary, and later, Franklin High School, in an environment hostile to Japanese, both in sentiment and in Federal and State laws. His parents were prohibited by Federal law from becoming naturalized citizens and prohibited by state law from owning property unless they were citizens.

The family business, one of few career options afforded Japanese in this country at the time, was a produce company located on Western Ave. close to the Pike Place Market. All of the family worked together to make the business successful.

Leading up to the war with Japan, anti-Japanese sentiment grew stronger. Curfews were imposed and FBI agents knocked on the doors of Japanese residents, searched their homes and confiscated possessions.

Within days of the Pearl Harbor attack in 1941, the FBI began arresting community leaders, teachers and religious clergy. Phil's father was among them. At the time, the family didn't know where he was taken or if they would ever see him again. It turned out he was taken to a concentration camp in Missoula, Montana and the family did not see him again until the end of the war. With their father gone and customers refusing to pay for goods and services, the family business took unsustainable losses.

In February 1942, just two months later, President Roosevelt, as commander-in-chief, issued Executive Order 9066 that resulted in the imprisonment of Japanese Americans along the west coast. Army-directed evacuations began in March of 1942. Phil's family, like all the others, had between two days to one week's notice to register and dispose of their belongings other than what they could carry. They sold whatever they could of their property for a fraction of their worth and had to abandon all other possessions. They were required to report to centers near their homes and were transported first to a relocation center on the Puyallup fairgrounds, temporarily living in animal stalls and in the parking lot before being relocated to barracks at Camp Minidoka in the desert of Idaho, surrounded by five miles of barbed wire fencing and eight guard towers. Phil's high school education was disrupted as a result of this evacuation, when he was around 15 years old and he completed it at camp. His work assignment was cleaning latrines and at times, with others, taken to farms to harvest potatoes.

At the end of the war, in 1945, he and his family relocated to Philadelphia where he worked as an auto mechanic for two years before returning to Seattle to join his parents. He attended the University of Washington and graduated in 1951 with a Bachelor's degree in Economics from the School of Business Administration.

After graduating from college, Phil married Lucy Yoshioka, who graduated from Nursing School at Temple University in Philadelphia. In 1958, their first son David was born, followed by Dean in 1961.

After serving in the U.S. Army during the Korean War from 1952 through 1954, Phil volunteered at the Jackson Street Community Council, a social service agency focused on improving living and working conditions of a multi-ethnic community. In 1959, he became Director of the Council, establishing strong ties with the community and city officials, and in 1960, served as president of the Seattle Japanese American Citizens League (JACL).

Undoubtedly, Phil's entire life experiences from boyhood, created a passion in him for working in the area of civil rights, with communities of color, to make a difference, and in 1963, at the age of 37, he was appointed by Mayor Clinton of Seattle, to be the Director of the newly created Seattle Human Rights Commission, which later became a department. He was the first and only person of color at that time to become an agency head. He took this position amidst a turbulent time of civil unrest across the country including Seattle. His first order of business was to prepare and propose an ordinance to the mayor and city council for fair housing to prevent discrimination in the sale or rental of housing, and known practices

of redlining, a segregationist practice which systematically kept people of color confined to particular neighborhoods. It took three votes by the citizens of Seattle, and four years of unrelenting effort for open housing to be accomplished. Under his direction,

The City Ordinance on fair housing was passed
A City Ordinance on fair employment practices was passes
A City Ordinance ensuring contract compliance for companies contracting with the City of Seattle was passed
Established working relationships with communities of color
Around 27 human relations neighborhood councils were established to assist the agency to ease tensions and work together to meet the needs of neighborhoods across Seattle
Human Relations training programs were designed for schools, universities, city departments and business organizations.
Increased dialogue took place with the Seattle Police Department to improve police/community relations
A number of public education programs were created to promote understanding and awareness of needs of diverse populations
He proposed an executive order on equal opportunity and affirmative action which the Mayor enacted and then appointed Phil as the Equal Employment Opportunity Officer for the City of Seattle

During this time, Phil worked as relentlessly on his off time as well as at his job despite threats such as a cross burned on his lawn, in the early 1970's. He gathered a group of folks together to form the Asian Coalition for Equality around 1968, to give Asians a voice, and an increased presence, realizing the political advantage in coalescing as a significant group of color. As Bob Santos, a community activist said, "The Asian Coalition for Equality, founded by Phil Hayasaka, was the first pan-Asian American activist organization in Seattle. It was the forerunner of the International District Improvement (Inter*Im), a multiethnic group formed to improve the declining conditions of the ID."" According to Bob Santos, who served as executive director of Inter*Im during its years of fighting for the preservation of the ID (1972-86) "Phil actually was the one who got a lot of us involved." In 1972, he was appointed by Governor Dan Evans as the first chairperson of the Washington State Asian Advisory Council, an entity Phil and others convinced the Governor was needed.

In 1976, Phil remarried. He and his wife, Lois Hayasaka have been married for 44 years.

Philip served the City of Seattle under four Seattle mayors for twelve years, before retiring and moving to a position with the State of Washington as Director of the Office of Equal Opportunity with the Department of Social and Health Services. He served in this capacity for twelve years.

""I've observed Phil Hayasaka inaction as a grass roots communicator, human rights advocate, government representative and peacemaker. In my view he stands tall and strong as a person whose gentle, but firm approach, and whose credibility throughout the community have helped Seattle survive critical problems of unrest which have crippled other cities. I have respect for his integrity and admiration for his forthrightness and ability to prod our conscience.

I fully recognize that no individual is indispensable, but I do think we need more persons like Phil Hayasaka in sensitive areas of government responsibility.""

Especially in these current times of civil unrest and turmoil, not unlike the 1960s and 1970s, perhaps one can look upon Phil's life and reflect on valuable lessons embedded within, those

acceptance and working together to heal and build a better tomorrow, a better today. Keep fighting the good fight wherever possible.

As his granddaughter, Jenni states:

Grandpa Phil (Hayasaka) was the only grandpa I've ever met and known. He was a Nisei who lived through Japanese concentration/prison camps as a kid, hunting rattlesnakes and collecting their rattles. He was the first Director of the Human Rights Commission and authored an ordinance that became the national standard for anti-discrimination laws. He and my grandma started ACE, the Asian Coalition for Equality and united Seattle Asian groups during the civil rights movement. He made a difference as a social justice warrior before that was a thing. I'm proud to be able to build on the foundation my grandparents set for my generation and future generations. Love you, Grandpa. Rest in Power.

Out of deference to the virus, there will be a small, private burial. In lieu of flowers, the family requests that donations be made to the Parkinson's Foundation, Northwest Harvest or a charity of your choice.

Published by COLUMBIA FUNERAL HOME from Sep. 4 to Sep. 5, 2020.
To plant trees in memory, please visit the Sympathy Store.
MEMORIAL EVENTS
To offer your sympathy during this difficult time, you can now have memorial trees planted in a National Forest in memory of your loved one.
Funeral services provided by:
COLUMBIA FUNERAL HOME
MAKE A DONATION
Please consider a donation as requested by the family.
MEMORIES & CONDOLENCES
Sponsored by COLUMBIA FUNERAL HOME.
0 Entries
Be the first to post a memory or condolences.