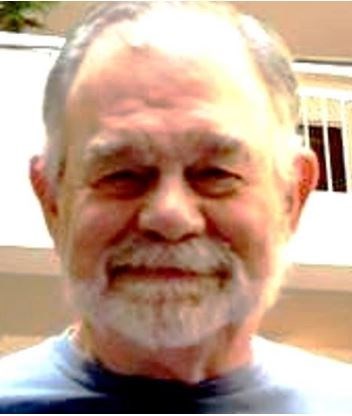 William Edward Hargis passed away after a short illness on August 28, 2020 in Reno, Nevada at the age of 69. He is survived by his wife of 17 years, Tamara, his former wife of 26 years, Laurie Samuels, daughter Leslie (Josh) Anderson, son Caleb and his partner Greg, grandchildren Kylie, Ava, and Brady, sister Laura (Ken) Sherman and brother Lloyd. William, known to most as Bill and to his family as Willie, was born in Fairfield, California on November 22, 1950 to Byrle and Laura Hargis.

He graduated from Armijo High School in 1968 and was drafted in 1970, serving honorably in the Army in Vietnam. His awards included 3 Purple Hearts and a Bronze Star. After military service, he worked as a carpenter for Cross Construction and then at the State of California Veterans Home in Yountville where he remained until 2012, retiring as Chief of Plant Operations after 34 years.

He maintained numerous affiliations including life membership in the Military Order of the Purple Heart, Combat Infantryman's Association, National Rifle Association, Marines Memorial Club, and American Legion (Post 113, Napa). Most important to him, however, were the Loyal Order of Moose (Fernley No. 2468) and Native Sons of the Golden West (Solano Parlor No. 39) to which he belonged for 43 years. He served as statewide (Grand) President of the Native Sons from 2001 to 2002.

Bill was an avid hunter from the time he was a young man and cherished the time spent with his father, grandfathers, uncles, brothers and close friends in this pursuit. He was also a proud father and grandfather as well as a loving husband and would do anything for anyone in the family. No conversation with someone he cared about ended without him saying, "I love you."

A gentle giant, known by all to be sweet, funny and generous, he will be remembered for his prolific and heartfelt cooking for groups large and small. His amazing energy and unquenchable spirit will by missed by everyone whose life he touched. He will be interred at the VA Cemetery in Fernley, Nevada. Due to COVID, services will be held at a later date. Donations in his memory may be made to: Native Sons of the Golden West, Charitable Foundation, 414 Mason Street, Suite 300, San Francisco, CA 94102.

To plant trees in memory, please visit our Sympathy Store.
Published by Napa Valley Register on Oct. 28, 2020.
MEMORIAL EVENTS
No memorial events are currently scheduled.
To offer your sympathy during this difficult time, you can now have memorial trees planted in a National Forest in memory of your loved one.
GUEST BOOK
3 Entries
Prayers for your family, Bill was anawesome man. I had the pleasure of working with him at the Veterans Home. May he rest in peace, and may God comfort you in your loss.
Linda LaRue
October 31, 2020
My deepest sympathy to the family. He was so sweet and fun. I worked with him many years. He was well respected at the Veterans Home. I thought of him often after retirement, wondering what he was doing in retirement. Enjoyed drinks and conversation after work. He will truly be missed.
Laura Beaufils
October 28, 2020
My sincere condolences to your family in the passing of a wonderful man. I was blessed by his friendship in the years I served him in my years in Yountville. May your memories lighten your grief during this time of loss. God bless you.
Karen Jacob
October 28, 2020