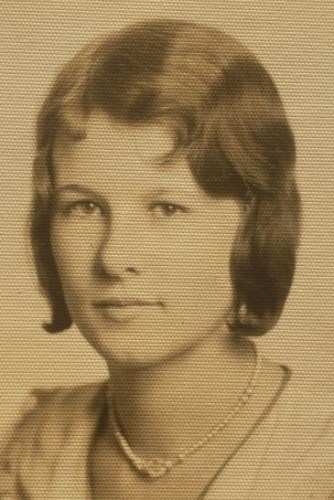 Alverda Scriven passed away on November 28, 2020. She was 108 years old. Her life was astonishing.

Alverda Matilda Duclos was born to George and Annie Duclos on Sept. 2, 1912 in the small farming community of Watertown, South Dakota. She was six years old when the Spanish flu pandemic swept through town. Alverda survived after being hospitalized for pneumonia. Tragically, both her parents died from the illness, orphaning Alverda and her two younger siblings. The children were taken in by their grandparents, immigrants Andrew and Christine Nelsen from Denmark, and raised on a farm with their aunts and uncles. They rode in horse-drawn buggies, had gas lighting in their home, and marveled at the first automobiles.

In high school, she met George Scriven, who became the love of her life. After George graduated from the South Dakota School of Mines, they married in a simple ceremony at a minister's house in Sioux Falls, SD, celebrating afterwards with hamburgers and watermelon at a nearby park. The marriage would last sixty-five years. The pair moved across the country for work, living in Washington, Los Angeles and Vallejo before buying a seven-acre plot of land in Napa in 1947, where they built their permanent home.

From there, George worked at the Mare Island Shipyard, helping to design nuclear submarines. Alverda stayed at home and raised a family. She was a devoted wife and wonderful mother to four children. She was a talented homemaker, seamstress, gardener, and active participant in the Napa County 4-H. The family's backyard overflowed with fruit trees, a sprawling vegetable garden, and animals. She loved Napa, and had the honor of attending the Napa County Board of Supervisors' annual Centenarians Celebration eight years in a row.

Genealogy was a special passion. Alverda was the chronicler of the family's ancestry, collecting and keeping written documents of its history. Alverda gathered birth and death records long before the internet made such things simple. She conscientiously corresponded with distant family members, reached out for information from distant archives, and traveled to the genealogy library in Salt Lake City to do her own in-person research.

Alverda's memory was a special source of amazement and pride for family and friends. She remembered everything. She could describe the children and where they sat in her one-room schoolhouse, or her experience in the hospital flu wing searching for her father, or her view from the apartment near Hollywood and Vine in the Golden Age of film, looking down at the streets of Los Angeles alive with energy.

Her life was a record of the 20th century. During the first World War, she helped the women in her town prepare bandages for American soldiers. She witnessed the early carving of Mount Rushmore. In Los Angeles, she enrolled in the first adult education classes offered in the country. She gave birth to her second child in Vallejo during a World War II blackout. Born before women could vote, she lived to help elect the first female Vice President by voting one last time in 2020.

Each year a large group of family and friends gathered for a lively birthday weekend in Gualala, CA to share memories and celebrate Alverda with poems, songs, souvenirs, and gifts. In the final year of her life, while living through a second global pandemic, Alverda participated in twenty-eight recorded Zoom meetings with her family. She was always interested in hearing about everyone's lives, and was proud of her family's togetherness. She was sharp, engaged, and wise until the very end.

Alverda was preceded in death by many loved ones, including her husband George, son Dan, brother-in-law and sister Ray and Marcella Wilaby, brother and sister-in-law Edmund and Caroline Duclos, and son-in-law Bob Teaford. She is survived by children Lynn Davis and her husband Michael, Joyce Scriven, and Marji Teaford; grandchildren Eric and Joe Scriven, Mat and Addie Harrold, Alison St.

Sure, Leslie Miller, and Lucien Teaford; ten great-grandchildren and many nieces, nephews, cousins, extended family members, and friends. She was loved and cherished by all generations. The family is lessened by her passing, but richer for her life. Private services with family were held. 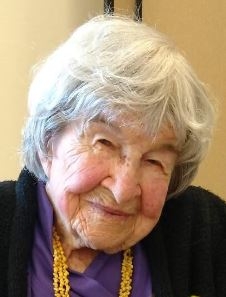 To plant trees in memory, please visit our Sympathy Store.
Published by Napa Valley Register on Jan. 10, 2021.
MEMORIAL EVENTS
No memorial events are currently scheduled.
To offer your sympathy during this difficult time, you can now have memorial trees planted in a National Forest in memory of your loved one.
Funeral services provided by:
Tulocay Cemetery, Crematory & Mortuary
GUEST BOOK
7 Entries
Such a wonderful obituary. She sounds like an amazing lady. Makes me wish I had known her. Heartfelt sympathies for all of those who did.
Gina
January 22, 2021
A beautiful tribute to a remarkable human being....so true that the family will be lessened by her passing but so much richer for her love and energy for life that she has passed down to this wonderful family. My thoughts are with you all.
Florine Ellingson
January 16, 2021
What a wonderful, wonderful obituary! She was a wonderful person, good hearted and a light to others. She set a positive example of how one´s positive attitude and hard work can create a close knit family. She will be greatly missed by all of her many extended cousins as well. Much love to all of you.
Jeannee
January 15, 2021
Very impressive Obituary. Hope you are doing well.
Maria Bsumek
January 12, 2021
What a beautiful life, sounds like a wonderful Lady. I never met her but her obituary was beautifully written.
Jeff Linz
January 12, 2021
I am Steve Quandt´s sister, Joyce. Your mother was an amazing woman. My condolences to you and yours.
Paula Quandt Libby
January 11, 2021
I do not know your family or your mother in anyway. I just had to write and say how moved I was by this obituary. What a wonderful life, the history was amazing to read. I loved reading about all the zoom calls and of her voting in this past election. Thank you for sharing.
Robert Jordan
January 11, 2021