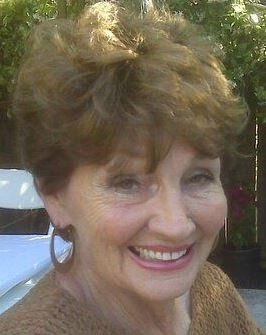 Anavon passed away the morning of Friday December 11, 2020 in Boise Idaho where she had resided the last three years.

She was born in Lincoln Nebraska on September 16th, 1934 to Chester and Juanita Yvonne Nissen. During World War II, the family moved to California.

Anavon met and married Clyde Anderson in 1953 and they had three children. While raising her children she was very active in their lives as a Brownies and Girl Scout leader, member of the PTA and Vintage Booster Club. In later years she and Clyde spent their winters in Indian Wells and the rest of the time with family and friends in Napa.

Anavon was actively involved as a member of St. John's Lutheran Church. She loved to play Bridge, and had a long running group of close friends who used to gather on a regular basis. She was also involved with the Lilac Club for several years. Once her children were grown she worked at several local businesses including Herritts Floral Gift Shop, Dickenson Peatman & Fogerty, and The Mustard Seed. She enjoyed sports, particularly tennis which she also loved to play. She will be remembered by family and friends as kind and fun loving, with a feisty sense of humor.

She was well loved and will be missed beyond measure.

Condolences and words of sympathy may be sent to the family online at www.tulocaycemetery.org

Donations can be sent to the Alzheimer's Research Center in Anavon's name, or Canine Companions for Independence (CCI).

To plant trees in memory, please visit our Sympathy Store.
Published by Napa Valley Register on Dec. 16, 2020.
MEMORIAL EVENTS
No memorial events are currently scheduled.
To offer your sympathy during this difficult time, you can now have memorial trees planted in a National Forest in memory of your loved one.
Funeral services provided by:
Cloverdale Funeral Home
GUEST BOOK
5 Entries
She will never be forgotten. Memories of her smile, special times you shared, and the kind person she was will live in your heart always. With deepest sympathy. Linda Arends
Linda Arends
December 20, 2020
Rest In Peace dear Anavon. GOD is holding you in His Arms
Yvette Bravo
December 20, 2020
The great times we shared with Clyde and Anavon in Palm Desert and visits to Napa will never be forgotten. My condolences to the family and know I am thinking of you all.
Pearl Mahany.
December 16, 2020
I´m so for the loss of your sweet mother. She was very kind and generous. What a great life!
Cheri Gregory
December 16, 2020
A very lovely lady. Condolences to her family.
Susan Speer
December 16, 2020