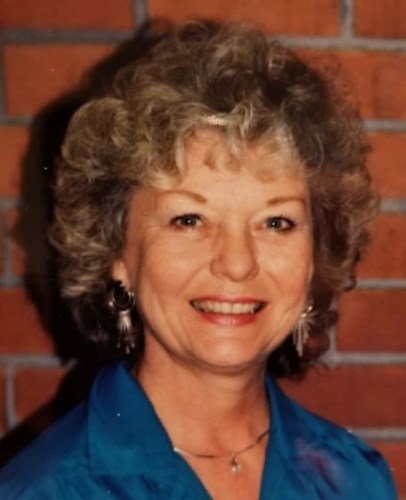 Carolyn J. Smith-Burnett died peacefully in her home with her family by her side on November 6th, 2020 in Napa, California at the age of 81.

Carolyn was born on August 25th, 1939 in Houston, Texas to Melvin Lorenzo Cross and Iva Amelia Cross. Her mother Iva A. Cross was remarried to Ralph Goodman when Carolyn was a child. She graduated from Hogan High School in Vallejo, California in 1957, married Tommy Gene Smith of Vallejo, California, and later moved to Napa, California. She worked at Benicia Arsenal, Mare Island Naval Shipyard, and later became a realtor in Napa, California, as well as co-owned and managed Burnett Orthodontic Laboratory with her husband Dennis M. Burnett.

Her children remember her as kind, patient, and genuinely loving to everyone she met. In the bible she would be comparable to the Proverbs 31 woman. She encouraged her children to live a moral life and to pursue their goals with passion and good work ethics. She had a heart to serve others as she demonstrated exemplary behavior by volunteering to help, and to feed the poor. She was generous to those who were in need. She was the standard many looked up to as a mother, and quite gifted at poetry, painting landscapes, and song writing, as she had written several songs. She was the President of her Beta Sigma Phi Sorority Chapter as well as an officer in her Sorority for over forty years. She was very active in Toastmistress in the 1970's and became the Federal Woman's Coordinator for Equal Employment Opportunity at Mare Island during her tenure. She was gifted in multiple areas of dance and had extensive dance training. She starred in TV commercials as the dancing Chesterfield cigarette girl. In her leisure she enjoyed spending time with her family and friends at the mountain cabin in Butte Meadows, California.

Due to the coronavirus pandemic, there will be no funeral or memorial services. You can send your condolences to [email protected]

To plant trees in memory, please visit our Sympathy Store.
Published by Napa Valley Register on Jan. 1, 2021.
MEMORIAL EVENTS
No memorial events are currently scheduled.
To offer your sympathy during this difficult time, you can now have memorial trees planted in a National Forest in memory of your loved one.
GUEST BOOK
1 Entry
my deepest sympathy to Megan and her family!
Chris Ritz
January 10, 2021