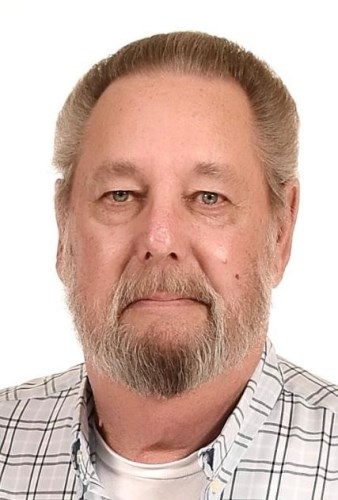 Charles "Chuck" Pagendarm passed away at home in the early morning hours of January 29th after a hard fought two year battle with leukemia. He was surrounded by his loving wife Pam, daughter Kate, and dog Bailey.

Chuck was born in St. Helena on May 20, 1944 to Bruno H. and Ruth L Pagendarm. After graduating high school, Chuck served in the Navy for 6 years. His time stationed on the USS Oriskany took him to locations such as Japan and Vietnam, where he earned several medals, including two bronze stars. He was honorably discharged in 1968 and returned to his home town of St. Helena where he served as a volunteer fire fighter for 16 years, worked for Harold Smith and Son for 35 years as a member of the Teamsters Union, and finally at Central Valley Builder's Supply for 12 years while easing into retirement.

A true outdoorsman, Chuck loved to hunt, fish, and go camping, often frequenting Fort Bragg and Bodega Bay with family and friends. He found great pleasure in his Princess Cruise adventures to Alaska, Mexico, Panama Canal, and the Caribbean. When home, Chuck loved to tend to his meticulous vegetable garden doing everything by hand the old fashioned way. You won't find a drip system in his garden! You could often find him re-watching his favorite John Wayne movie, working on a puzzle, or outside repairing small tools such as lawn mowers or chain saws for his friends. He couldn't say no to an opportunity to help someone.

Chuck is survived by his wife of 48 years, Pam, daughter Kate and her partner Don, mother-in-law Dolores Pina, brother-in-law Dan Pina, his wife Mary Lee and their children Kori (Matt) Bjorner and Jeff Pina, sister-in-law Janet Pagendarm and her daughter Patricia, and an extended family of great nieces, nephews, and cousins. He was pre-deceased by his parents, brother Bruno Pagendarm, Bruno's children Paul and Maria, and father-in-law Al Pina.

A graveside service will take place on February 5th at 11:00am at the Holy Cross Cemetery in St. Helena. If you wish to attend, please wear a mask and social distance to keep everyone safe. There will be no gathering after the service.

Donations can be made in Chuck's memory to the Martin-O'Neil Cancer Center at Adventist Health St. Helena. A special thank you to Dr. Schram and his staff, longtime family physician Dr. Brown, Collabria Care, and close friends who helped during his final days.

To plant trees in memory, please visit our Sympathy Store.
Published by Napa Valley Register on Feb. 4, 2021.
MEMORIAL EVENTS
Feb
5
Graveside service
11:00a.m.
Holy Cross Cemetery
, St. Helena, California
Funeral services provided by:
Morrison Funeral Chapel
GUEST BOOK
7 Entries
ah, Pam... so very sad to read this... sending love
Suzanne Metz-Apau
February 16, 2021
I just saw that chuck pass I am so sorry I don´t get the paper anymore I love you Pam
Adele Montelli Martin
February 13, 2021
My deepes condolences for Pam and the entire family. Chuck was a wonderful man. I loved how helpful he was at Central Valley. He was always smiling and loved to make you laugh. He is missed deeply. Blessings and prayers.
Allison Farley
February 13, 2021
Just learned of Chucks passing he will be missed. Our thoughts and prayers are with the family at this difficult time.
Pam and John Raybould
February 8, 2021
Rest in Peace Chuck...Take care of yourself Pam....we love you!
Larry and Barbara Sawyer
February 6, 2021
I am celebrating Chuck's good life and long marriage to you, Pam. Wish he could've stayed with you a little longer. But I'm glad you found each other. Keep Chuck in your heart...you can always visit him there. I'm hugging you in mine. God bless you and your family.
Alice M Johnson
February 6, 2021
I just read of your husband´s passing in January. My sympathy and prayers are with you and your family.
Fontana Juliann
February 5, 2021