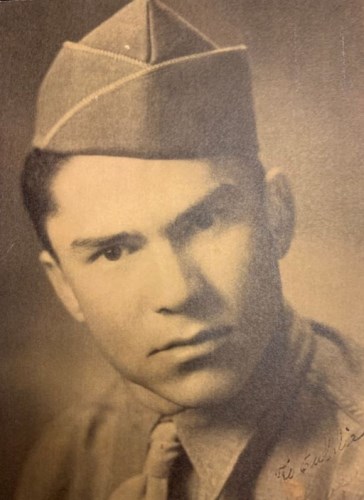 Clyde Hummingbird left us on October 15, 2020 passing at his home in Bixby, Oklahoma with his wife and family at his side. Clyde was born in the small rural community of Vera, Oklahoma to Bertha Tiblow Hummingbird and Walter James Hummingbird on January 14, 1925. Shortly after graduating from High School in Vera and while our country was embroiled in World War Two, an eighteen-year-old Clyde was drafted into the army where he served his country honorably seeing action in the Philippines.

Upon returning from the war Clyde met the young woman he would spend his life with and on October 8, 1946, Mary Lou Rosser and Clyde Hummingbird were wed. The young couple soon ventured to Northern California where they lived for forty seven years working and raising their two daughters and eventually retiring. Clyde worked for the Teamsters as a water truck driver and heavy equipment operator mainly on highway construction. After retiring the couple moved back to their home state of Oklahoma and settled in Bixby.

Clyde loved landscaping and gardening and would transform his homes into park like atmospheres. He could be seen in his gardens anytime of the day. He also cherished the love and companionship of his Wirehair Fox Terriers, David, Lisa, Danny, and Skippy and later in life his rescue cat Miss Priss, and his rescue dog Missy. He derived his love of the outdoors and his fondness of animals from his beloved Cherokee heritage.

A special thanks goes out to the tender-hearted care of Hospice of St. Francis Hospital, Tulsa.

There are no funeral services planned at this time.

To plant trees in memory, please visit our Sympathy Store.
Published by Napa Valley Register on Oct. 25, 2020.
MEMORIAL EVENTS
No memorial events are currently scheduled.
To offer your sympathy during this difficult time, you can now have memorial trees planted in a National Forest in memory of your loved one.
Funeral services provided by:
Leonard & Marker Funeral Home
GUEST BOOK
7 Entries
Im so sorry to hear about my cuz clyde love and prayer to all of you.may gid guve strenght and make u string each day.Love Betty Ann
Betty Ann Hummingbird Ramsey
Family
November 14, 2020
Betty Ann Hummingbird Ramsey
Family
November 14, 2020
Such a beautiful tribute to an extraordinary man. Love and hugs to you Jawana in your sorrow.
Debbie Tepner Weimerskirch
October 28, 2020
Hello Jawana and Lacreshia. Sorry to see that you lost your father. He was a great looking man. Sending you heartfelt thoughts from a fellow Indian..........Lynn
Lynn Everett
October 26, 2020
Sending our love and sympathy to you and your family, Lacreshia.
The Courtney Family
October 26, 2020
Ron and I send our condolences Jawana. I have many fond memories of your Dad.
Ron and Judi Frame
October 25, 2020
Lacreshia, my sympathies to you and your family.
Ruthie Agnello Gardner
October 25, 2020