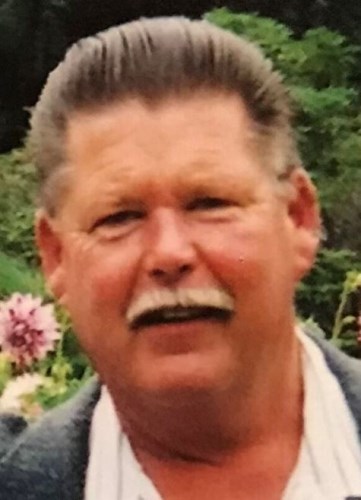 Daniel G. Andrews, 73, passed away in the early morning hours on Sunday, January 24, in his hometown of Napa. Born at Parks Victory Hospital on December 10, 1947, he was the only son of William G. Andrews and Betty J. Brown, both deceased. Dan had two siblings, his older sister, Joanna Mills, and younger brother, Jeffrey Brown. A graduate of Napa High School, Dan served 2 years in the Army and was a Vietnam Veteran, prior to beginning his 30+ year career at Mare Island Navel Shipyard.

Dan met his wife of 45 years, Annette Andrews (Rijkers) in 1973, and they were married on February 15, 1975. They established a home together and enjoyed various activities including bowling in their local league and going on camping trips. Other interests of Dan throughout the years included fishing, home improvement projects, and golfing (badly). Dan excelled at enjoying vacation life, being game for many cruises to the Caribbean, and in later years thrived while sipping beers at various Mexican resorts.

After a decade of marriage, Dan and Annette welcomed their only child, Lisa Andrews. Dan instilled competitiveness in his daughter and challenged her through rummy, chess, and endless other card and board games – refusing to let her win even as a young child. She got payback as he often allowed her to "do" his hair as only a father of a young girl would.

An avid NASCAR fan, Dan traveled to many races all over the West Coast, and enjoyed sprint cars in Calistoga as well. In his younger years he drove hard tops in Vallejo and drove many cars in the local Destruction Derby. He was a lover of all tools and would pull over and pick up hammers and screwdrivers off the side of the road. He was a craftsman woodworker and enjoyed anything with "more power," and was frequently tasked with projects on request of his wife, daughter, and extended family. His creative talent will always be remembered fondly by those who witnessed his annual Christmas display in his front yard. Dan's handywork was indeed so well constructed that he often cursed himself when there was a need to dismantle something he had built as he always ensured it would hold up for 1,000 years.

Forever the biggest kid, Dan was happiest on Christmas mornings when he discovered his present pile had the most; so much so that his family began individually wrapping and creatively disguising gifts just so he couldn't guess and to ensure he had "a lot."

Dan's pride and joy was his home, specifically his backyard, which he meticulously maintained so his family could enjoy what was later dubbed "The Venue" for every event and occasion. A lover of all animals, Dan was a reporter of backyard bird and squirrel activity with his beloved cat, Tweeker, forever by his side.

Dan is survived and greatly missed by his wife, daughter, sister and brother, seven nieces and nephews, and numerous extended family members and friends.

Family and friends are invited to a viewing at Tulocay Chapel on Wednesday, February 10, 2021, from 12:00pm - 1:00pm. A Graveside Service will follow at 1:30pm at Tulocay Cemetery.

To plant trees in memory, please visit our Sympathy Store.
Published by Napa Valley Register on Feb. 7, 2021.
MEMORIAL EVENTS
Feb
10
Viewing
12:00p.m. - 1:00p.m.
Tulocay Cemetery, Crematory & Mortuary
411 Coombsville Rd, Napa, CA 94559
Feb
10
Graveside service
1:30p.m.
Tulocay Cemetery
Funeral services provided by:
Tulocay Cemetery, Crematory & Mortuary
GUEST BOOK
3 Entries
What a wonderful, fun client to have in my chair every 4 weeks for 20 plus years.. so sorry for your loss Annette and Lisa.. RIP Dan..
Renee Garske
February 10, 2021
My prayers are with you and your family, Sorry for your loss. Love Nadine
Nadine Monroe
February 8, 2021
Nettie and Lisa, My sympathy goes out on tbe loss of Dan. He was a wonderful friend. Husband and father.God Bless.
Debbie Spradlin
February 8, 2021