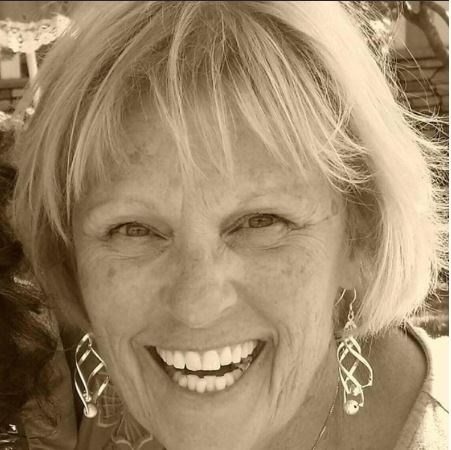 She graduated from Napa (Calif.) High School in 1964 and started work at Mervyn's department store shortly after graduation. She began as a store clerk and worked her way up to store manager, working at several of the firm's major stores over the years. She retired in 2000 and soon began doing temporary work for Nelson Staffing, where she also became branch manager. She and her husband moved to Gravette in 2018.

Emily was known as a bubbly person. She enjoyed having coffee with her California peeps. She was very adventurous and was especially fond of travel and teddy bears.

She married William Lacey in 1965 in Napa, Calif. She married Richard Sparks in 1992 in Lake Tahoe, Nevada.

She was preceded in death by her parents, two brothers and two sisters; and her first husband.

Cremation arrangements are by Epting Funeral Home of Gravette. No services are planned at this time. Emily's wishes were for her survivors to project positive thoughts and do something good for others.

To plant trees in memory, please visit our Sympathy Store.
Published by Napa Valley Register on Dec. 20, 2020.
MEMORIAL EVENTS
No memorial events are currently scheduled.
To offer your sympathy during this difficult time, you can now have memorial trees planted in a National Forest in memory of your loved one.
Funeral services provided by:
Epting Funeral Home
GUEST BOOK
7 Entries
Emily was my Store Director at the Napa Mervyn’s. She was a wonderful person as we communicated via Facebook for many years after Mervyn’s. I had not heard from her recently. I am saddened by her passing but remember the wonderful years of life she at at Mervyn’s and Nelson Staffing. I remembered meeting both Tony and Heather. Such wonderful kids that have now grown into great parents. I see Tony lives in Vacaville where I currently reside.
Nils Carlson
Friend
January 17, 2021
Tony: I went to school and was old friends w/your Auntie June! So, of course I knew your Mom very well from around the neighborhood, as we all went to Redwood for 4 yrs. I am so saddened by your mom passing...plus of course knew your dad when David was on the Fire Dept..all Sheriff and Police knew eachother. So darn sad for you-Hugs and big prayers coming your way honey. Rory Radi Mellow
Rory Mellow
December 24, 2020
I will miss you
I will miss your honesty
I will miss your food adventures
I will miss your spirit for life
I will miss your patience
I will miss you
Morris Lum
Friend
December 21, 2020
I have so many memories of her living next door on Sage Way. She would light up your day just having her around. She was so helpful. She as been missed since they moved. I can´t believe she is gone. I feel so sorry for her family. May she always be smiling down at us all
Thomas Pierce
December 20, 2020
Emily was a good friend, a boss and a great person. She was always up beat and positive. Her smile would light up a room and bring joy to your heart. Her love of a simple cup of coffee was magical. I will miss my friend of almost 40 years. May her sweet precious soul RIP. May God bless and watch over her husband, her children and all her family.
Linda Burton
Friend
December 19, 2020
I shared with Emmers many wonderful and fun times together when I was in our special "Napa Bunko group"! She was always bubbly, kind and embracing to our group and those around her. I know she and Rich moved to AK to be with her loving daughter and family. I wish she had more time to spend with them but only God knows our fate. God Bless and keep Emmers.

Meredith Rond
Friend
December 18, 2020
Emmers, you were always a bolt of beautiful positive energy! Your smile lit up the room and your infectious laugh kept us bunko ladies smiling! I am grateful to have known you and shared a fun times with bunko! ❤
Marilyn Bennett
Friend
December 15, 2020