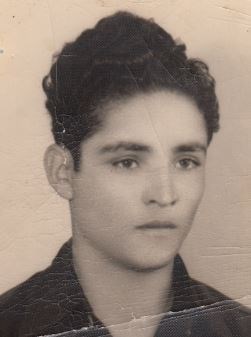 He was born to the late Antonio Morán and Guadalupe Martinez on August 23, 1924, in El Gavilán de Arriba, Jalisco, Mexico.

Felipe married the love of his life Francisca Fuentes in 1946, and soon after, he ventured to El Norte (the U.S.) to seek a better life for himself and his bride. Felipe was a dedicated hardworking undocumented migrant farm worker with a dream of becoming a documented resident someday. He toiled for years up and down the west coast following the harvests of different agricultural crops. In 1954 while picking grapes in Napa Valley, Felipe fell in love with this area and he knew instinctively, he would bring his family here as soon as he could. His dedication and work ethic paid off, and he became a documented resident in the mid 1960s, and in 1967, his dream of bringing his family to the Napa Valley became a reality. He was reunited with his beloved wife and children.

He was a vineyard foreman, a supervisor, and a heavy machinery mechanic in the Napa Valley for 35 years and he cared deeply for the well being of others, specially farm workers. In the 1970s, he became president of the UFW (United Farm Workers Union) at Napa Valley Vineyards in Rutherford to ensure that vineyard workers were treated fairly.

Felipe was dedicated to his family's education, he was active in his community, and he had a great sense of humor. He was loving, kind, and generous. His legacy will continue to make a profound difference in the world through his children, grandchildren, and great grandchildren. He was immensely proud of his family and left behind cherished beautiful memories.