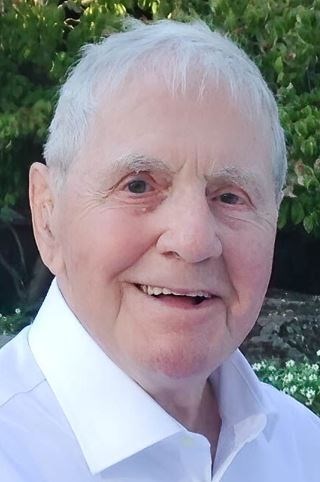 He spent his early years working on the family farm with eight other siblings. After graduating high school, Harold served with the U.S. Army where he was stationed in Germany. He eventually settled in Simsbury, CT, married Margaret Egan and raised his family while working as an accountant with Combustion Engineering. After retirement, Harold moved to the Napa Valley in 2001 and lived at the Veterans Home of California, Yountville. During his retirement, he enjoyed biking, trips to France, became an avid reader and followed his favorite San Francisco Giants and 49ers.

He is survived by his daughters Liz Chasse-Crouse (Ed) of Folsom, CA and Jacki Saunders (Rick) of Boulder, CO, 4 grandchildren (Brandon & Brent Crouse and Michael & Andrew Saunders), and 3 great-grandchildren as well as many grand nieces and nephews. He is also survived by 3 of his siblings; Alouida Dubay, Wilma Madore & Gerard Chasse and predeceased by his sisters Julia Roy, Viola Beverage & Sister Dorina Chasse and brothers Nelson and Donald Chasse.

A private ceremony celebrating Harold's life will be held by the family at a later date. Donations in Harold's name may be made to The Michael J Fox Foundation for Parkinson's Research.

Published by Napa Valley Register on Dec. 5, 2021.
To plant trees in memory, please visit the Sympathy Store.
MEMORIAL EVENTS
To offer your sympathy during this difficult time, you can now have memorial trees planted in a National Forest in memory of your loved one.
MAKE A DONATION
Please consider a donation as requested by the family.
MEMORIES & CONDOLENCES
0 Entries
Be the first to post a memory or condolences.