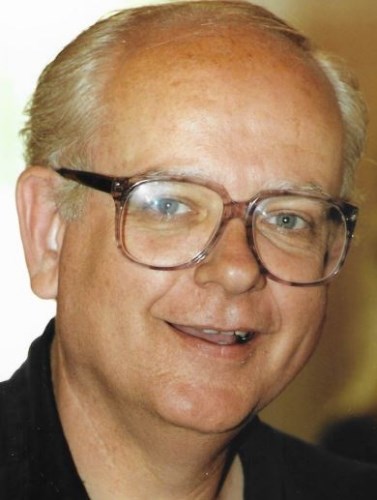 Born October 11, 1939 at Napa's Parks Victory Hospital, Henry was the son of the late Henry Martin and Mary Elizabeth McMillan Wigger. He attended Shearer, Westwood, Bellarmine Preparatory (San Jose), and Napa High Schools. He received an Associate of Arts degree from Napa Junior College and in 1964 received a Bachelor of Science in economics and business administration from Westminster College in Salt Lake City.

As a young man he worked for his uncle Rohde on the Wigger Brothers Walnut Ranch driving trucks and tractors, and spent time too as a stock manager and salesman with his Uncle Jim at Wigger Brothers Clothing Store in downtown Napa. For a time, he was an x-ray technician at Kaiser Steel's Napa plant and for a couple of years worked as an operative for the Stansfield Detective Agency in San Francisco. Henry also served honorably in the United States Coast Guard during the Vietnam War.

Henry became part of the family's mortuary business following his graduation from the San Francisco College of Mortuary Science in 1965. Serving as a funeral director and embalmer, Henry and his father cared for generations of Napa families at the historic chapel on Coombs Street. Even after leaving to pursue other interests, Henry remained available to his brother Ted and sister Martha who continued to operate the firm. Always near to offer support, share a bit of history, or aid with a restoration project in the aging 1916 building.

Henry always had a keen interest in national affairs, politics and conservation efforts in the valley. Over the years he had served on the Napa County Republican Central Committee, had been Campaign Chairman for his father's election as county supervisor in 1966 and 1970, and campaign advisor to California State Senator Peter Behr in 1970. Henry was also a member of the Napa Valley Investors Central Committee, active in the Napa Chamber of Commerce, and served as commissioner of the Napa County Juvenile Justice Commission. He attended McGeorge School of Law in Sacramento and later received his law degree from Empire College in Santa Rosa. Henry was a member of Napa's First Presbyterian Church, Native Sons of the Golden West, and enjoyed water sports, summer and winter mountain sports, and vegetable gardening.

Eventually electing not to practice law, Henry spent his last years managing properties of his own and of the family's. The duplex on Randolph and triplex on Main Street were always works in progress and there were always projects at the old family ranch on Atlas Peak and family home and property in Browns Valley. Henry was creative, insightful and had a knack for choosing colors and redesigning a space.

Friends will remember Henry Wigger as witty, happy, engaging, sarcastic and as a man who enjoyed people. He loved to entertain and have people at the house-dinner parties, small groups, and always the kale and sausage at Christmastime! He was quick to ask "Oh, is that right?" and had no issue indicating when something seemed "Stupid!"

Bud made friends easily and welcomed new ones always. Bud's sister Martha often shared the story of a three year old Bud Wigger having wondered away from home, seemingly lost in the city of Napa. Father, mother, and Martha all scouring the small downtown area near their home (then on Fifth Street behind the mortuary) only to find little Bud on board a boat by the river near Third Street, enjoying a Coke and entertaining the crowd.

Henry was preceded in death by his beloved parents, sister Martha Wigger Wolfe, and brother Theodore John Wigger. He is survived by his nephew Mark Wolfe, niece Carol Karuza and her two daughters Jordan and Jillian, and a host of cousins and dear friends.

Henry had a deep love of dogs and had saved the collars and tags from each of his four legged friends since childhood. For this reason, memorials are suggested to the Humane Society of Napa.

The Staff of Treadway & Wigger Funeral Chapel is proud to care for our friend and former owner, Henry E. Wigger.

To plant trees in memory, please visit our Sympathy Store.
Published by Napa Valley Register on Nov. 8, 2020.
MEMORIAL EVENTS
Nov
13
Graveside service
1:00p.m.
George C. Yount Pioneer Cemetery
, Yountville, California
Funeral services provided by:
Treadway & Wigger Funeral Chapel & Crematory
GUEST BOOK
3 Entries
Dear Bud, we will miss your visits & your humor. Rest in peace dear friend. love Cecelia
Cecelia Elkington Setty
November 10, 2020
Dear Wigger Family, Thank you for your insightful tribute for Bud. We all so loved his caustic wit at times. I first met him in 1965 at the Health Dept. when he delivered certificates, later we worked together on the Peter Behr campaign in 1970. Rest in Peace Bud. Laurie
Delores Laurine Jenkins Wilkerson
November 10, 2020
Oh, Bud. I will miss you. I have considered you a special friend for over 50 years. You were always kind, caring and funny. Rest well.
Faye Fittipoldi
November 10, 2020