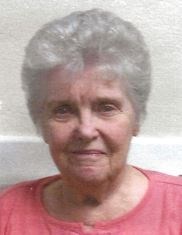 Janet (Krider) Duncan passed peacefully on June 18. She is survived by her sons, Jim (Sharon) of Napa, Mark (Debbie) of Punta Gorda, Florida and Chris (Dina) of Leander, Texas. She leaves behind her two sisters, Martha Felix of Alturas and Janie Melin of Merced and preceded in death by her brother, Austin. She also leaves behind 5 grandchildren and 9 great grandchildren. Janet was preceded in death by both of her husbands James C. Krider and A. James Duncan. Janet was beloved by all who knew her. She grew up working in her father's small country store in Sanger and went on to clerk in a chain grocery store when her children were in school. Janet lived in Marin County and Portland, Oregon until the death of her husband, James Krider. She moved to Napa to be close to her oldest son and grandchildren. She quickly engaged in her new community where she became an active member of Soroptimist International and served as the local chapter president. She managed the medical office building on Trancas Street formerly known as "The Pink Palace". In 1993 she had the good fortune of marrying Jim Duncan and they spent 21 happy years together enjoying shared family, friends, music, travel and love. We are blessed to have had this beautiful, kind, loving lady as our mother and are comforted in knowing that she rests in the loving arms of our Lord and loved ones who have gone before. Expressions of sympathy may be made in her name to Soroptimist International, Napa Chapter or Bridge Hospice 1261 Travis Blvd, Fairfield, CA 94533.

Published by Napa Valley Register on Jul. 7, 2021.
To plant trees in memory, please visit the Sympathy Store.
MEMORIAL EVENTS
To offer your sympathy during this difficult time, you can now have memorial trees planted in a National Forest in memory of your loved one.
MAKE A DONATION
MEMORIES & CONDOLENCES
1 Entry
I had the privilege of working with Janet for many years at the Trancas St "Pink Palace" Building. I worked in the Pharmacy there. She was always kind & personable and very hard working.
@tacy Stolp
Work
July 11, 2021
Showing 1 - 1 of 1 results