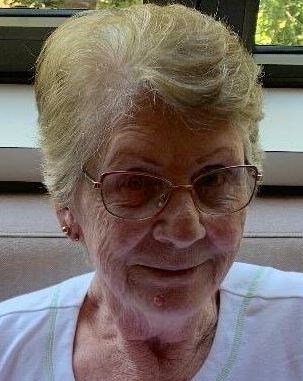 Janie Beth (Trimble) West of American Canyon peacefully passed away Tuesday June 8, 2021, at the age of 79. Janie was born February 23, 1942, in Independence, Kansas the daughter of Harry and Neva Jean (Daley) Trimble. While Janie was still a small child, the Trimble family moved to Vallejo, California where Harry was employed at Mare Island Naval Shipyard.

Janie attended local Vallejo schools: Curry Elementary; Franklin Middle; graduating from Vallejo High in 1960. On August 21, 1960, she married Alton "Bill" West and the two settled in American Canyon where they would raise their family: sons Edward and Douglas and daughter Tina. In addition to being a homemaker, Janie worked for the City of Benicia for 13 years serving as a Public Safety dispatcher, Administrative Assistant to the Police Chief and Administrative Assistant to the Public Works Director. Away from work Janie continued her service to her community through her activities as a Majority Member of Job's Daughters. Additionally, Janie enjoyed decorating cakes for special occasions, working with ceramics and, was a well know and "amazing" quilter. Many a weekend were also spent with the family camping in Burney with catfish being the prized quarry.

Following Bill's retirement from PG&E in 1992, Janie and Bill moved to their dream country house in Weed. New friends were made, and many adventures were taken on the Northern California coast in their Corvette. The Wests would remain in Weed until 2014 when it was decided it was time to move back to American Canyon so they could be closer to the growing number of great grandchildren.

In addition to her parents, Janie was preceded in death by husband Bill; sisters Hazelle, Shirley, and Gloria; brother Gordon; sons Edward and Douglas; grandsons Phillip (for whom the Phillip West Memorial Aquatic Center of American Canyon is named) and Kyle.

In lieu of flowers, it was Janie's wish that donations be made to the Marine Corps 1st Division Association Scholarship fund. Information regarding this donation may be found at:

To plant trees in memory, please visit our Sympathy Store.
Published by Napa Valley Register on Jun. 15, 2021.
MEMORIAL EVENTS
No memorial events are currently scheduled.
To offer your sympathy during this difficult time, you can now have memorial trees planted in a National Forest in memory of your loved one.
MAKE A DONATION
MEMORIES & CONDOLENCES
0 Entries
Be the first to post a memory or condolences.