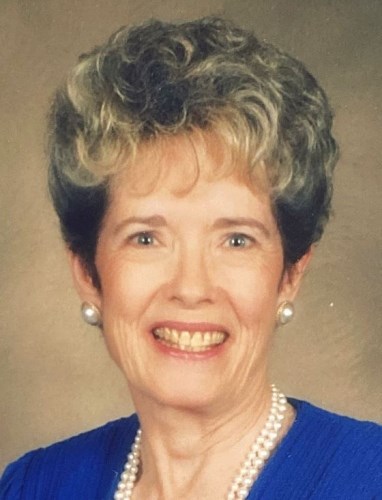 After 98 years of a well-lived life Jeanne passed peacefully on March 20th. She was born on September 4,1922. The youngest of three children, she was raised on a dairy farm in Tucson, Arizona. Although she was too young for school she was allowed to sit in the one-room schoolhouse with her sister & brother and listen to the lessons, which she enjoyed. As a result she was double promoted and graduated from Tucson Senior High School in 1938 at the tender age of 15.

After graduation she was lucky to get hired as a secretary for a brokerage firm before her 16th birthday. She also wrote financial briefs for the newspaper. During WWII she took the Civil Service exam and was hired by the Army Air Corps to work as a secretary at the Tucson Airport. They took delivery of B-24 airplanes manufactured by Consolidated Aircraft in San Diego. The Tucson engineers installed sensitive equipment, such as bomb sights. Then the Ferry Command pilots would come & pick up the finished aircraft to deliver them to their destinations. One of these pilots, Roger Herb, became her husband on October 18, 1942. Their daughter, Linda Jeanne was born in 1945 & their son, Michael Edward was born in 1949, both in San Diego. Shortly after Michael's birth the family moved to New York and Roger flew for American Overseas Airline and flew on the Berlin Airlift.

Later the family returned to California, (Menlo Park & Cupertino) and then Southern CA ( Whittier, Hacienda Heights, Dana Point), eventually returning to San Diego. Over the years both Jeanne & Roger had become Certified Gemologists. In 1974 they purchased a jewelry store in San Diego. They made a great team and had a very successful business. Sadly, Roger passed away unexpectedly in 1982 and Jeanne continued to manage the business until her retirement in 1990.

Before retirement Jeanne took up square dancing and ballroom dancing and met many nice new friends. She also traveled the world, mostly cruises, with a good friend who was also a widow. During her life she was an avid and accomplished Bridge player. And she always donated time for community service: Brownie & Gift Scout Leader, Cub Scout Den Mother, Presbyterian Hospital Volunteer, and 20 year volunteer at the San Diego Airport USO.

A private family celebration of life will be held at a later date.

To plant trees in memory, please visit our Sympathy Store.
Published by Napa Valley Register on Apr. 6, 2021.
MEMORIAL EVENTS
No memorial events are currently scheduled.
To offer your sympathy during this difficult time, you can now have memorial trees planted in a National Forest in memory of your loved one.
GUEST BOOK
0 Entries
Be the first to post a memory or condolences.