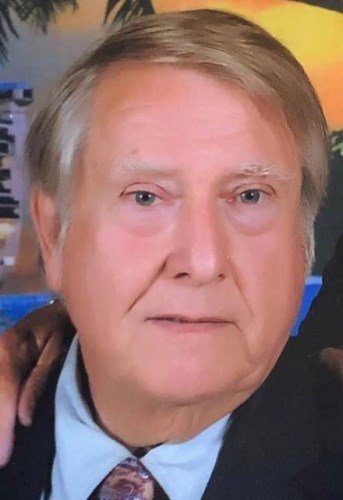 With love and sadness, we announce the death of John Douglas O'Gara on October 11, 2020, at the age of 75 after a lengthy illness from lung disease.

John was born the third of four children on May 30, 1945, in San Mateo, California to Douglas Eugene O'Gara and Gloria Margaret Griffiths. When John was five, they moved to a family ranch in Suisun Valley where he had many fond memories of life in open space, and later moved to Vallejo where he graduated from Hogan High School in 1963, after which he began an apprenticeship and 32-year career at Mare Island until his retirement in 1996.

In retirement, John enjoyed utilizing his mechanical skills fixing machines and more and viewed anything needing fixing a challenge to overcome. John was an avid gardener with ten green thumbs, a woodworker, fence builder, plumber, photographer and was always willing to help others with auto repairs and other fixit problems. For two decades, John and son Sean, expert auto mechanics, were passionately involved in their Irish Racing with their modified dirt track race cars at Petaluma and Antioch. John was devoted to taking care of his daughter Cari by providing and making sure she had needed care for her disabilities and opportunities in the community with friends and family. John and his wife Anita traveled extensively, beginning with a Caribbean cruise after which John was bitten by the wanderlust bug for more travel to Hawaii, the Panama Canal, Fiji, Ecuador and the Galapagos, river rafting in the Grand Canyon, China, Baja, Belize, Peru and Machu Picchu with Sean and Kim, Alaska Ireland, Italy with Joyce and enjoyed exploring California and other parts of the U.S., especially by train.

No services will be held. The family thanks Kaiser Home Health Care and Bridge Hospice for the compassionate care provided to John and support to the family and is grateful for the support and condolences of friends in the community. May our dear John be at peace.

To plant trees in memory, please visit our Sympathy Store.
Published by Napa Valley Register on Nov. 6, 2020.
MEMORIAL EVENTS
No memorial events are currently scheduled.
To offer your sympathy during this difficult time, you can now have memorial trees planted in a National Forest in memory of your loved one.
GUEST BOOK
3 Entries
During my 19 year career at MINSY I had the privilege of working with John as a Mechanic, Foreman and General Foreman. He was a very intelligent man. He provided great moments of laughter. Even when he got bit by the spider and nearly died. May he rest in peace. What a wonderful obituary.
Gary Walker
November 10, 2020
Anita, I am thinking of you and your family. I am very sorry. Much love to you and yours.
Nora Morazan
November 9, 2020
Hello Anita, Many blessings and love to you and your family at this time. I will keep you in my prayers. Best always.
Joyce Loehner
November 6, 2020