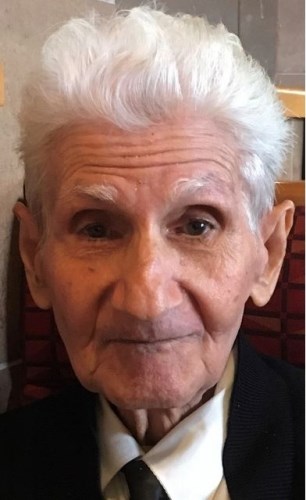 Louis (Lou) Nicholas Codone, Jr. was born on January 1, 1926 in Vineland, NJ to Louis Codone and Carmella Ambrose Codone. Lou passed away peacefully at the age of 95 on February 9, 2021 in St. Cloud, FL.

Lou was preceded in death by his parents and siblings, George John Codone of Pensacola, FL, Angelina Gillin (Jim) and Rita Codone of Vineland, and Philip Codone (Madalene) of Hammonton, NJ.

Lou was devoted to his faith and was an active member of St. Thomas Aquinas Catholic Church in St. Cloud, FL. Prior to his move to St. Cloud, FL, he belonged to Sacred Heart Church of Vineland, NJ.

Following Lou's graduation from Sacred Heart High School (Vineland), he enlisted in the US Army Air Corps. From 1945 through 1946, Lou proudly served his country and was stationed both in Manila, Philippines and Tokyo, Japan.

After his discharge from the Army, Lou attended the Granoff School of Music in Philadelphia, PA, with a concentration in drums and singing. He was a member of the local musicians' union and frequently performed with South Jersey orchestras on weekends.

Lou carried on the family legacy by working in and later managing the family business, Codone's Grocery store in Vineland. Though he worked in the store as a youth , it later became his full time career. Lou managed the grocery store until he retired and moved to St. Cloud, FL in 1982.

Besides music, Lou enjoyed bowling and bowled a perfect 300 game in 1950 at the Vineland Recreation Center. In his later years, he became an avid Scrabble player. He loved Notre Dame football, the New Orleans Saints and Phillies baseball. He sent many cards and letters to family members and friends. He enjoyed local restaurants, Italian foods, reading scriptures and visiting with dear friends in St. Cloud.

A private burial will be held at a later date. Burial will be at the Codone family plot in Sacred Heart Cemetery, Vineland, NJ.

To plant trees in memory, please visit our Sympathy Store.
Published by Napa Valley Register on Mar. 3, 2021.
MEMORIAL EVENTS
No memorial events are currently scheduled.
To offer your sympathy during this difficult time, you can now have memorial trees planted in a National Forest in memory of your loved one.
GUEST BOOK
0 Entries
Be the first to post a memory or condolences.