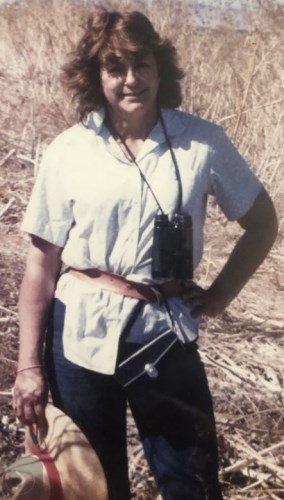 Long time Napa resident Mona Lou Riley passed away peacefully in the arms of her family on November 13. Mona was born in the little town of Hoisington, Kansas; the granddaughter of Irish immigrants. She was born in her Grandma Shattuck's home in the middle of a dust storm. When she was 7 years old, her Dad got a job at the Mare Island Naval Shipyard during the war and he packed up the family and came to Vallejo. Mona attended St Vincents school in Vallejo where she was on the basketball team and was crowned Queen of the Sophomore Hop.

At 15 she met her soul mate over a wrong telephone number call. She liked the sound of his voice and made her friend call him back. They eventually arranged a time to meet at Vichie Springs pool, where Jim had a florescent orange swim suit and made repeated dives off the diving board to impress her. And impressed she was and would be the first to tell you. They never spoke that day. Many more phone calls came and dates when they actually spoke.

They were married in 1955 in Vallejo at her childhood home. Her and Jim moved to Washington State where Jim served in the Army. They had their first born Patrick Lewis in 1956. They eventually moved to Napa where they scrimped and saved to build their home. Mona had three more children, Kelly Lou, Casey Barton and Stacy Ann and an honorary daughter Jackie who loved her like her own mother She devoted her every breath to her family. Jim was her life and her rock. Mona had no mean in her, she had a deep faith in God and her family meant everything.

She hunted with Jim and killed an antelope, she could install a battery in a car and once came to the door with a shotgun when strangers had followed one of her daughters home at night. She was known for her humor and wit. She was famous for some of her sayings such as "you can't put an old fish in a new tank", "nothing is written in dirt", " You can lead a horse to water but you can't take your dog to lunch" She always made us laugh and never once felt sorry for herself as her health declined. She had 11 grandchildren, Hannah, Kayley, Kellen, Kelsey, Quinton, Isabella, Storm, Dylan, Jade, Clearwater, and Sundance.

Her children and grand children were devoted to her. She also had four great grand children, Brooklyn, Rebel, Crew and Kolton. She spent many afternoons sitting up in her backyard admiring a mural of a whale her grandson Quinton painted for her. Nothing made her happier than having her family together. Mona found happiness in her home, in her yard and her family and Native American history and artifacts.

She was with Jim for over 70 years and commented frequently that he had the body of a Greek God. They shared an unbreakable bond. Her kindness and wisdom she imparted to all of us and she will live on in her family through her actions and her words. She was a wife a mother, a grandmother and a great grandmother and found pure joy in that. She is one of the very best humans on this planet. We know our sweet Mama will be watching over us and will be waiting for us.

To plant trees in memory, please visit our Sympathy Store.
Published by Napa Valley Register on Nov. 19, 2020.
MEMORIAL EVENTS
No memorial events are currently scheduled.
To offer your sympathy during this difficult time, you can now have memorial trees planted in a National Forest in memory of your loved one.
GUEST BOOK
11 Entries
Sending my love and hugs to the Rileys. What a loss of a beautiful momma , Wife, Grandma . Mona was the most welcoming and nurturing, all you felt was Love just like she was everyones momma . Ive known Monas daughter Stacy for years and she was the best daughter anyone could ask for , always there for her anytime , any where traveling countless hours to be there , unconditionally precious Love . May God send peace to your hearts.
Jennine Farace
November 24, 2020 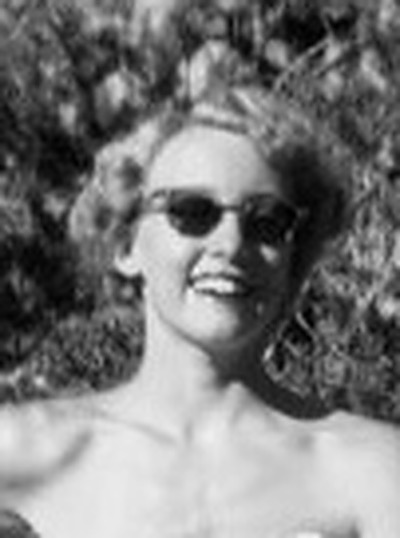 I am so sorry to hear of the loss of your beautiful mother. She and my mom, Pam, were BFF´s. I´d like to think they are laughing like school girls again in heaven. God Bless. This photo was probably taken by your mom when they were at my grandma´s cabin in Lake Co.
Ellen McNelis MacFarlane
November 24, 2020
My condolences to you, Jim, and to your beautiful family. Mona must have been something to match your hunting skills. Seventy years od life together; what a blessing. May the love of Christ be with you and family.
Gino Del Chiaro
November 23, 2020
I am so very sorry for the Riley´s family loss. I will always remember Mona´s contagious laughter, warm smile and quick wit. She had a wonderful way of making one feel like family when visiting the Riley home. The light within the world has dimmed with the loss of this wonderful, warm soul. Love and sympathy to the family, Lyne Hill
Lyne Hill
November 23, 2020
Auntee Mona will certainly be missed, she was the matriarch. I never heard her speak bad about anyone. Her glass was always half full. Our love and sympathy is with you all. Love Robin and Mike
Robin Defreitas
November 20, 2020
Mona was one of the sweetest, funniest gal´s I´ve had the pleasure to know. She will be missed, but her memory will never fail. Love to the family
Melody Fanjoy
November 20, 2020
Jim, I'm so sorry you lost your soul mate, Mona was a wonderful person and will be missed by all! Sincerely, Bruce Chinberg
Bruce Chinberg
November 20, 2020
I am so sorry to learn of Mona´s passing. I used to be the Riley´s paperboy when I was a young boy. She was always so friendly and nice. Our family home was just up the road to the Riley´s and after my parents passed away my wife and I moved into our family home. Jim and Mona would take their walks and she still had that great smile and always had something nice to say as we drove by. She was a wonderful person and neighbor. Respectfully, Retired Sheriff Doug Koford
Doug Koford
November 19, 2020
So sorry for your loss.
Laura Radford
November 19, 2020
So sorry to hear of your loss our hearts go out to all of you Sincere sympathy
Rein and Janet Plakk
November 19, 2020
I´m so sorry for your loss guys. Your Mom was a great lady, she had that wonderful Irish gift of gab, she often reminded me of my Mom. They just don´t make them like that anymore. My heart goes out to all of you.
Bob Correa
November 19, 2020