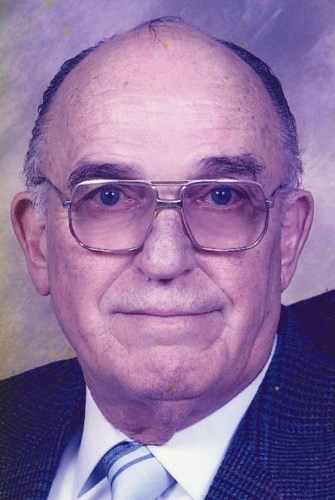 Neil Francis Murphy, age 90 and a devout Roman Catholic, was welcomed into the loving embrace of the Lord on January 16, 2021 in Napa, California, his home for 76 years.

Neil was born on June 7, 1930 in San Francisco to George Francis Murphy and Ruth Mary (Heisler) Murphy. His father was the manager of The Owl Drug Company in San Francisco and his mother was a housewife. Sadly due to his mother's ill health, Neil spent most of his elementary school years at St. Joseph's Military Academy in Belmont and St. Mary's Boarding School in Berkeley. As an only child living away from home, Neil developed a sense of independence and personal discipline that shaped much of his career and life. His mother passed away from diabetes when he was only 14 years old.

In 1944, Neil's father George decided to sell his interest in Alameda Drug Company to partner William J Heisler (Ruth's brother) and move with Neil to the Murphy family ranch in Yountville. This property had been purchased by Neil's grandparents Daniel Francis Murphy and Ellen (O'Rourke) Murphy in 1906. The property featured prune orchards, chickens and a hilly parcel for grazing cattle. Neil would often proudly recall the cattle he personally raised and his ability, even as a young teenager, to get top dollar when it came time to sell them.

In 1948 Neil graduated from Napa High School and in 1949 he enrolled at UC Davis. In 1951 he was awarded an AA degree in Agricultural Science. During this time he spent two summers working a sales route at Lake Tahoe for Golden State Dairy and even at 19 he was their best salesman! After leaving Davis however, he decided to enlist in the United States Air Force. It was during this time that Neil met Helen Elaine Grimes who was the love of his life. Helen and Neil were married on September 30, 1951 at Hamilton Field Air Force Base here in California. Neil was proud of his military service and spent four years with stateside assignments at Fort Collins CO, Point Arena CA, Montgomery AL, and Everett WA. He was honorably discharged in 1955.

Back in Napa, Neil decided to embark on a career in construction and used the GI Bill to pursue studies part time at Napa Community College while also working as an apprentice carpenter. Within two years he was a journeyman carpenter. In 1957 using money from his Air Force discharge he purchased a lot in Alta Heights and began construction on his own home which he completed in 1958. Shortly thereafter he was made foreman and then superintendent for Belner Builders in Santa Rosa. In order to be able to create an independent construction business to better support his family, Neil took the contractors exam in January of 1962 and in April of that year established Redwood Homes with offices in Napa and Sonoma. He and partner Harold Don Richards each had several crews of union carpenters building custom homes and commercial structures in Napa, Sonoma and Solano Counties with occasional building sites as far away as the Mendocino Coast. Redwood Homes had a reputation far and wide for well-built, attractive and affordable homes that still grace the wine country today. Neil and Don closed their construction business in 1980 but continued to manage the commercial properties they had developed during their years as general contractors. Don, his business partner and the brother he never had, preceded him in death in April 2020.

During these years Neil and Helen created a loving home that was the center of neighborhood activities and often a refuge for friends and families in distress. They welcomed all with a warm and generous spirit! There was never a shortage of food, fun or a full bar if you visited! Neil had a life-long love for dogs, playing cards (poker and pinochle, in particular), and politics. He considered himself a proud "Reagan Republican" and loved teasing anyone whose views and positions were on the other side of the political spectrum. Dad was also proud of his Irish heritage. In later years, Neil and Helen pursued a passion for travel that had begun with trips to Hawaii and a 25th wedding anniversary trip to Europe. In later years, however, it was road trips to Arizona, Nevada, Idaho and Oregon they pursued, and Neil would often proclaim his fondness for driving through the high desert! In California they enjoyed visiting the Sierra Foothills and, over time, managed to visit each of California's Missions and countless historical museums!

Neil was predeceased by his wife, Helen, in March 2015. He is survived by son Timothy Francis Murphy (Griselda Cruz Murphy), son Michael Francis Murphy, and daughter Colleen Mary Scholl (Frank Scholl). Neil is also survived by grandchildren Joshua, Elijah, Gabriel, Gianna and Rowen. The family would like to express heartfelt gratitude to Dr Rony Kako MD, Neil's physician of many years, as well as the medical staff at Piner's Nursing Home for their outstanding care during the final months of his life. Due to Covid-19 the funeral mass and burial service are private. In lieu of flowers, donations in Neil's memory may be made to St Thomas Aquinas Catholic Church. Memories and notes of sympathy may be shared at claffeyandrota.com.

To plant trees in memory, please visit our Sympathy Store.
Published by Napa Valley Register on Jan. 31, 2021.
MEMORIAL EVENTS
No memorial events are currently scheduled.
To offer your sympathy during this difficult time, you can now have memorial trees planted in a National Forest in memory of your loved one.
Funeral services provided by:
Claffey & Rota Funeral Home
GUEST BOOK
4 Entries
I have missed my nightly wave and friendly hello from Neil as I walked by with my dog. My condolences to the entire family. He was a cherished neighbor.
Patty Lowenstein
February 5, 2021
I just heard. I have fond memories of Neil. I am sure my cousin Helen was waiting.
Paula
February 4, 2021
Generous man! He helped me finance my first home in 1989.
Eric Treskon
February 4, 2021
Great man! Helped me design and build my first home in 1976.
Bill Jabin
February 2, 2021