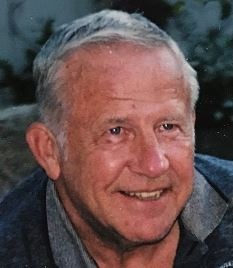 Peter Dixon passed away peacefully on November 4th while surrounded by his family.

Peter was born July 1, 1941 in Detroit, Michigan to Ralph Chaney Dixon and Betty Bruinekool Dixon. His family relocated to Pigeon, Michigan after the end of World War II. In Pigeon, Peter excelled scholastically and athletically. He graduated as Valedictorian and lettered in numerous sports but most specifically his love was Basketball.

Peter went on to attend Central Michigan University where he continued his love of sport while playing Basketball and Golf for the University.

Peter earned his Medical Degree from Wayne State University School of Medicine. While he was at Wayne State he met a young nurse, Marjorie Dixon, nee, Workman and they married shortly after. The marriage lasted until Pete's passing. After medical school he was called to Vietnam where he served his country honorably as a Doctor and earned the Bronze Star.

After Vietnam Peter did his medical residency in Southern California and later established his private practice in St. Helena, CA. His practice was that of a small town general practitioner and lasted for many years. He especially took pride in the many St. Helena babies he delivered.

After retirement, Peter continued to enjoy sports, fishing and cards. He was a very accomplished golfer until his health failed and anyone who competed against him in golf, bridge or any skill game knew him to be a whip smart, tenacious competitor.

Due to Covid restriction the family will be having a private funeral service. In lieu of flowers the family suggests donations to Schuerer Hospital or Pigeon First United Methodist Church.

To plant trees in memory, please visit our Sympathy Store.
Published by Napa Valley Register on Nov. 19, 2020.
MEMORIAL EVENTS
No memorial events are currently scheduled.
To offer your sympathy during this difficult time, you can now have memorial trees planted in a National Forest in memory of your loved one.
Funeral services provided by:
Champagne Funeral Chapel
GUEST BOOK
1 Entry
Pete was brilliant as a student, outstanding as an athlete, caring and humble as man. It truly was my privilege to know him. God Bless him and his wonderful family.
Joe McBride
Friend
November 8, 2020