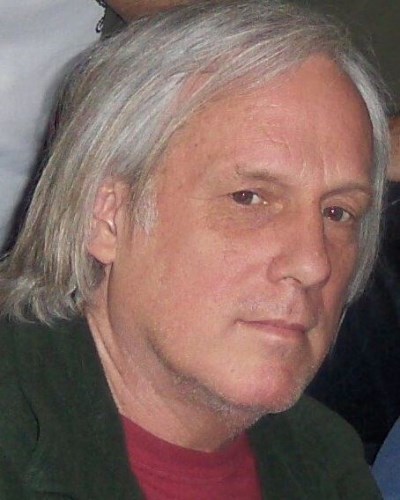 Robert "Scott" Jenks, Calistoga's iconic sign painter, died peacefully at the Queen of the Valley Hospital in Napa on the evening of October 29. He was, according to one of Calistoga's long-term residents, "one of a kind". He was recently diagnosed with cancer and suffered a stroke just before his death. His sister, Carol, and her husband were with him his last days.

Scott was born in Berkeley, CA on October 21, 1947 while his father attended Cal Berkeley, studying architecture.

He came to Napa County in the early 70's. He and his partner lived at Aetna Springs while he worked for the Dept of Fish and Game on Lake Berryessa and she taught at the Pope Valley School. Scott arrived in Calistoga in 1976 and began painting wine labels and signs in 1977.

Scott could be resistant to change, but there were things he pursued with great ardor and enthusiasm. He loved good conversation, and he could talk for hours on all sorts of subjects. He loved the English language and was interested in word origins and metaphor. He, himself, could come up with all kinds of unique and quirky comparisons. He was a movie buff, especially film noir, and could recite the plots in incredible detail of several hundred movies. Although he loved research, Scott refused to have a computer or a cell phone. He loved cats.

Scott is survived by his sister Carol Nakamoto (Randy) of Los Altos, nephew Cory Nakamoto (Rose), his grand-nephews Kai and Luke, San Jose, his niece Megan Nasser (Greg) and his grand-nieces Isley and Cara, San Mateo. He is also survived by his brother Ray Jenks (Jerry), Sonoma, and sister Leslie Jenks (Nigel Phillips), San Francisco. Many cousins survive him from Sonoma, Washington State and Illinois. He will be missed.

To plant trees in memory, please visit our Sympathy Store.
Published by Napa Valley Register on Nov. 5, 2020.
MEMORIAL EVENTS
No memorial events are currently scheduled.
To offer your sympathy during this difficult time, you can now have memorial trees planted in a National Forest in memory of your loved one.
GUEST BOOK
5 Entries Christina Nunn
November 8, 2020
Missing you Scott
Leslie Jenks
November 6, 2020
Scott was great - he did our first office sign back in the early 80´s. Always a gentle soul, would always see him on the weekends at the Bakery early in the morning reading the paper, with friends and still driving the old Ford Explorer
Brian Durnian
November 5, 2020
I am sorry to hear of Scott's passing. I always enjoyed his artwork. I have great memories of talking sports and Far Side cartoons with Scott.
Ken Thrift
November 5, 2020
Sincere condolences to his family. Lots of memories of talks with him. He will be missed.
Cindy Yant
November 5, 2020