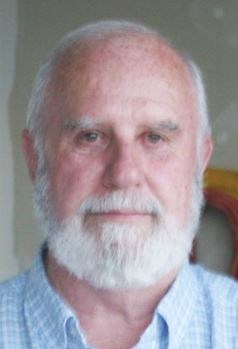 Retired in 1975, after serving 30 years in the Navy while based in Hawaii, San Diego, Hunter's Point, and Whidbey and Mare Islands on the USS Ranger, USS Frank E. Evans, and USS Alamo and in the Vietnam war. He lived in American Canyon for 46 years with his wife Louise "Joan" where they fixed the house and raised their son Tim and daughter Neila. After retiring from the Navy, Ron worked at Mare Island with his wife. He was a skilled woodworking craftsman and home handyman who enjoyed tending his trees and sharing the fruit with his neighbors who also benefited from his friendship, help, and advice with various projects. Ron was an avid reader and an unlucky fisherman. He was always hard-working, quick of wit and humor, and enjoyed feeding family and friends with his good cooking. He enjoyed watching golf and reminiscing about his early years as a golf caddie while growing up in Utah.

Ron is survived by his children and wife and one of his eight siblings, Terry Imlay of Ogden Utah. He was preceded in death by his parents and his siblings: Naomi "Pete", Nettie, Chad, Bud, Eulala, Lola, and Max. His family will greatly miss him.

Published by Napa Valley Register on Jul. 11, 2021.
To plant trees in memory, please visit the Sympathy Store.
MEMORIAL EVENTS
To offer your sympathy during this difficult time, you can now have memorial trees planted in a National Forest in memory of your loved one.
MAKE A DONATION
MEMORIES & CONDOLENCES
0 Entries
Be the first to post a memory or condolences.