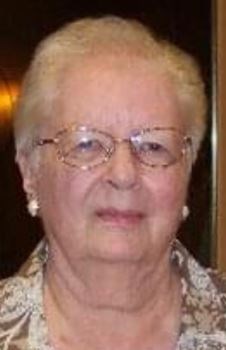 Shirley Aurelia Stein, 90, died in Napa, California on July 8, 2021 after a brief illness.

Shirley was born on June 17, 1931 in Endicott, NY to Earl Russell and Ruth Cole Russell. She attended school in Vestal, NY and in 1952, graduated from the Wilson Memorial Hospital School of Nursing in Endicott, NY.

In 1954, Shirley met George Stein, who was playing baseball for the New York Yankees' Triple A affiliate in nearby Binghamton. Shirley and George married in July and, later, made the trek across the country to George's hometown of Napa, where they raised three children before divorcing in 1983.

Shirley was a league bowler for many years at Napa Bowl and often played tennis with friends at Napa Valley Country Club.

Shirley worked at Queen of the Valley Hospital from 1968 – 1971 as a registered nurse and from 1983 to 1999 in Admitting. She was an avid reader, enjoyed tending a small garden, and hosted friendly bridge groups in her home. She enjoyed rooting for the San Francisco Giants, rarely missing a game on television.

The family would like to thank Queen of the Valley Hospital and Napa Valley Care Center for their kindness, guidance and generosity in her final days.

At the family's request, no services will be held. Donations can be made in Shirley's name to the Queen of the Valley Hospital Foundation.

Published by Napa Valley Register on Jul. 13, 2021.
To plant trees in memory, please visit our Sympathy Store.
MEMORIAL EVENTS
To offer your sympathy during this difficult time, you can now have memorial trees planted in a National Forest in memory of your loved one.
MAKE A DONATION
MEMORIES & CONDOLENCES
0 Entries
Be the first to post a memory or condolences.