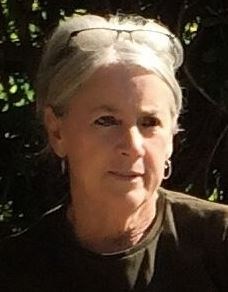 Longtime Napa Valley floral designer, Susan Gale Carr, 80, died at home June 12, 2021, from complications of Parkinson' Disease and Lewy Body dementia. Her children and several grandchildren were with her in her final hours.

Susan was the oldest of twins born Sept 9, 1940, in Ross, Calif., arriving three minutes before her sister, Carolyn. They were the first of Jack and Gale Younger's four daughters.

Susan attended Ross Grammar School, Sir Francis Drake High School and College of Marin (where she met her future husband, Pierre 'Pete' Carr), graduating from UC Davis in 1962. A month later, she and Pete were married and spent an extended honeymoon traveling the western states in search of property where they could establish a ranch.

The couple and the first of their three children lived briefly in Whitmore outside Redding before finding property in the Sutter Buttes where they went on to remodel a Victorian-era farmhouse and create a cattle and almond ranch that became a popular gathering place for family and friends.

In addition to participating in every aspect of ranching, Susan served on the local school board and started The Turnip Shed, a small gift shop on the ranch featuring handcrafted items.

She relocated to Napa in 1997 and eventually took on the care of her parents who had moved from Marin to the Carneros district in the mid-1970s. She supervised their care and managed their property until their deaths in 2012 (Gale) and 2014 (Jack).

After working briefly with Pat Friday Flowers in St. Helena, Susan began her own floral design business in Napa, Artiste Fleuriste, creating displays featuring plant material from her garden for wineries, weddings, local events and individuals. She delivered these in her Toyota truck with her much loved Jack Russell terrier, Maggie, riding shotgun.

When Susan was no longer able to care for herself, her daughter Cristen stepped in, eventually arranging for round-the-clock caregivers so Susan could remain safely in her home of 24 years.

She is being remembered by family and friends as a creative, humorous, energetic woman with a strong work ethic, as well as a good friend, an accomplished sailor, an inventive cook, a skilled gardener and a woman with a strong sense of family. A private family gathering will be held at a later date and her ashes scattered in the garden she loved and tended for more than two decades.

Donations in her memory may be made to Collabria Care, Hospice in Napa, 414 South Jefferson, Napa CA 94559

Published by Napa Valley Register on Jun. 22, 2021.
To plant trees in memory, please visit the Sympathy Store.
MEMORIAL EVENTS
To offer your sympathy during this difficult time, you can now have memorial trees planted in a National Forest in memory of your loved one.
MAKE A DONATION
MEMORIES & CONDOLENCES
0 Entries
Be the first to post a memory or condolences.