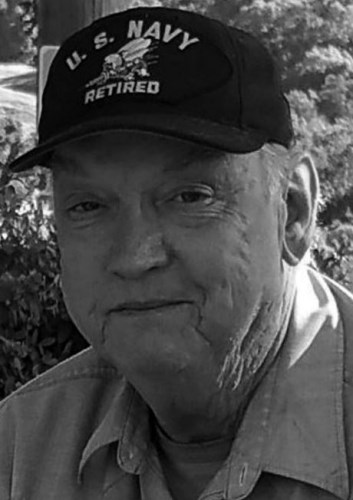 Tom Holmes left us on March 27, 2020 at the VA Hospital in Fairfield where he succumbed to complications of a chronic lung disease that he had struggled with for several years. His family and friends will miss his laughter and the joy he experienced in life. It is said that Tom liked only two kinds of music, Country and Western. Tom joined the U.S. Navy in 1970 when many young men of his age were actively trying to avoid service because of the Vietnam war. He was a man of duty and honor so, when he failed his physical due to a small polyp in his nose, he had a minor surgical operation so he could join. Tom served for twenty years in the Construction Battalion known as the Seabees. As a Seabee he rose to the rank of Chief Petty Officer and received numerous commendations and recognitions, He served at Port Hueneme, CA, Barbers Pt., Hawaii, Treasure Island, CA, Fort Belvoir, VA, Taipei, Taiwan, Midway Island, Diego Garcia Island, Oceana, VA, Okinawa, Japan and Mare Island, CA. It was in Taipei, Taiwan that he met and married Pi Yieh-Wang, (Penny) in 1977. Penny predeceased Tom in 2012 after 35 years of marriage. Penny was hearing impaired, so they communicated with their own version of sign language. Tom was always understanding and compassionate in their relationship when others might not be. He was a special man. Tom retired from the Navy in 1990 and began a second career in pumps and wells for Tucker/Oakville Plumbing where he was well regarded in the valley by all. He finished his second career at the Veteran's Home in Yountville after 15 years of service. Tom is descended from an early California Pioneer family, namely, John Wooden, founder of Wooden Valley, Ca. He is survived by his sister, Helen Shelton, his brothers Peter, David (Julie) and Robert (Cyndi), nieces Zaylynn (Bob), Deanna (Jim), Michelle, Stacy, Jacqueline Fain, Megan, Rebecca, and nephew Russell (Lindsay). He is predeceased by his wife Penny, his parents, Babe and Earl Holmes, and brother Michael. Please join the family and his dog DeeDee for a celebration of his life with a military honor guard presentation at 1:00 p.m. at 2067 Lone Oak Ave., Napa, CA, November 11th. Tom requests that you consider donations to the U.S, Navy Seabee Museum, Port Hueneme, CA. Email [email protected] A private interment will be at the Wooden Valley Cemetery.