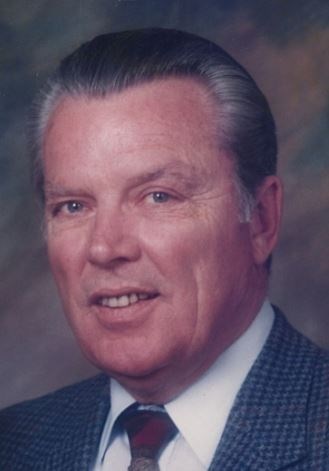 Napa native, Wesley (Buzz) R. Frost, 87, passed away on June 24th, 2021 at Queen of the Valley Medical Center. He was the youngest of six children born to Wilbur and Mariam Frost of Napa on April 29th, 1934. He attended Shearer Elementary, Ridgeview Middle, and became a graduate from Napa High School in 1952.

In July of 1955, Buzz joined the Air Force. Four months later, on a blind date, he met the love of his life, Betty Smith. They were married the following year on April 22nd, 1956.

He was stationed at Mt. Home Idaho Air Force Base, where they had their first two children, Dorene in 1957 and Tom in 1959. He transferred to RAF Sculthorpe in Norfolk, England where they had their third child, James in 1961. After their stay in England, they returned to the Napa Valley and he was stationed at Travis Air Force Base where their fourth child, Debra was born in 1962.

Buzz's military career lasted over 20 years as an Air Force fighter pilot receiving many awards such as the Distinguished Flying Cross, The Air Medal, and achievements such as 10,000 hours of combat flying time at Korat Air Force Base in Thailand.

After serving his time in the Air Force, retiring in May of 1974, he worked in the automobile industry as a Used Car Sales Manager for Bill Lang, Avery Greene and Woodard Chevrolet for many years before retiring.

Buzz and Betty loved to travel and enjoyed visiting their favorite places – Hawaii, Reno, Lake Tahoe, Monterey and Carmel. They shared 60 wonderful years together before Betty passed away in 2016.

Buzz stayed in touch with many grammar school friends. For the past 30 years, they gathered twice a month for lunch and catching up. He looked forward to these gatherings. He also enjoyed time with his family for the holidays, birthdays and Sunday brunch. These brunches were a tradition for the last 10 years and we will truly miss this special time we had with them.

Buzz was the patriarch of our family, a loving father, grandfather, and friend. He will be greatly missed.

A viewing is scheduled for Monday, July 12th, 2021 from 9-11am at Tulocay Funeral Home. There will be a service at 11am followed by an internment.

Memories may be shared with the family at, www.tulocaycemetery.org